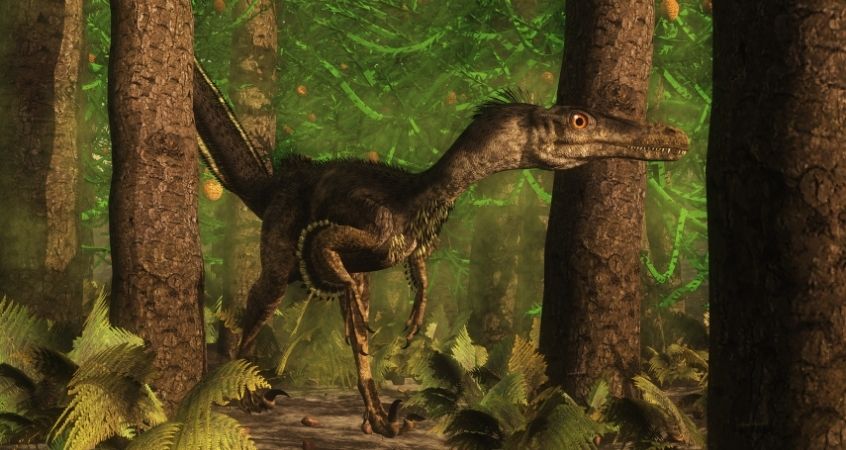 These carnivorous beasts are often shown with many behaviors and inclinations in movies that don’t necessarily ring true for the real-life versions. As researchers continue to study and hypothesize about how raptors lived and behaved based on the remains recovered, the ways of the Velociraptor are becoming clearer. Using our knowledge of these dinosaurs and their relations to birds may help us finally answer the question, “how did Velociraptors hunt?”

A common question about Velociraptor hunting habits is, “were Velociraptors pack hunters?” The answer may surprise you! Though the Velociraptor is believed to have traveled in a pack, raptor pack hunting was uncommon. Most Velociraptors hunted and ate separately. Based on studies done on animals that currently exist, such as the Komodo dragon and crocodiles, tooth composition indicates dietary habits. The chemical composition is dictated directly by the animal’s diet, especially the teeth. The tooth carbonate of Velociraptor remains compared to crocodiles and shows similarities suggesting the Velociraptor diet changed as they aged based on what they could catch. These creatures most likely didn’t feed their young or help each other hunt.

The predatory techniques of the Velociraptor can be broken into two smaller sub-groupings. They are:

The Velociraptor hunted by first separating its prey from its herd. It would stalk its victim, sneak up on it, and then pounce. From there, it would be able to pin the prey to the ground using its weight and claws. The technique itself is referred to as Raptor Prey Restraint (RPR).

Once pinned, the Velociraptor would begin to eat its victim alive. It would use its teeth and sickle-shaped claws—similar to how a modern eagle tears open its prey—disemboweling it as it fed. This beast’s predatory techniques resembled that of several bird and reptilian species we know today.

To further study the physical features that help depict how Velociraptors hunted their prey, turn to Creative Beast Studio’s Velociraptor model. Comparing the model to the other figures in the Raptor Series will allow you to understand the similarities and differences associated with this prehistoric group of dinosaurs.