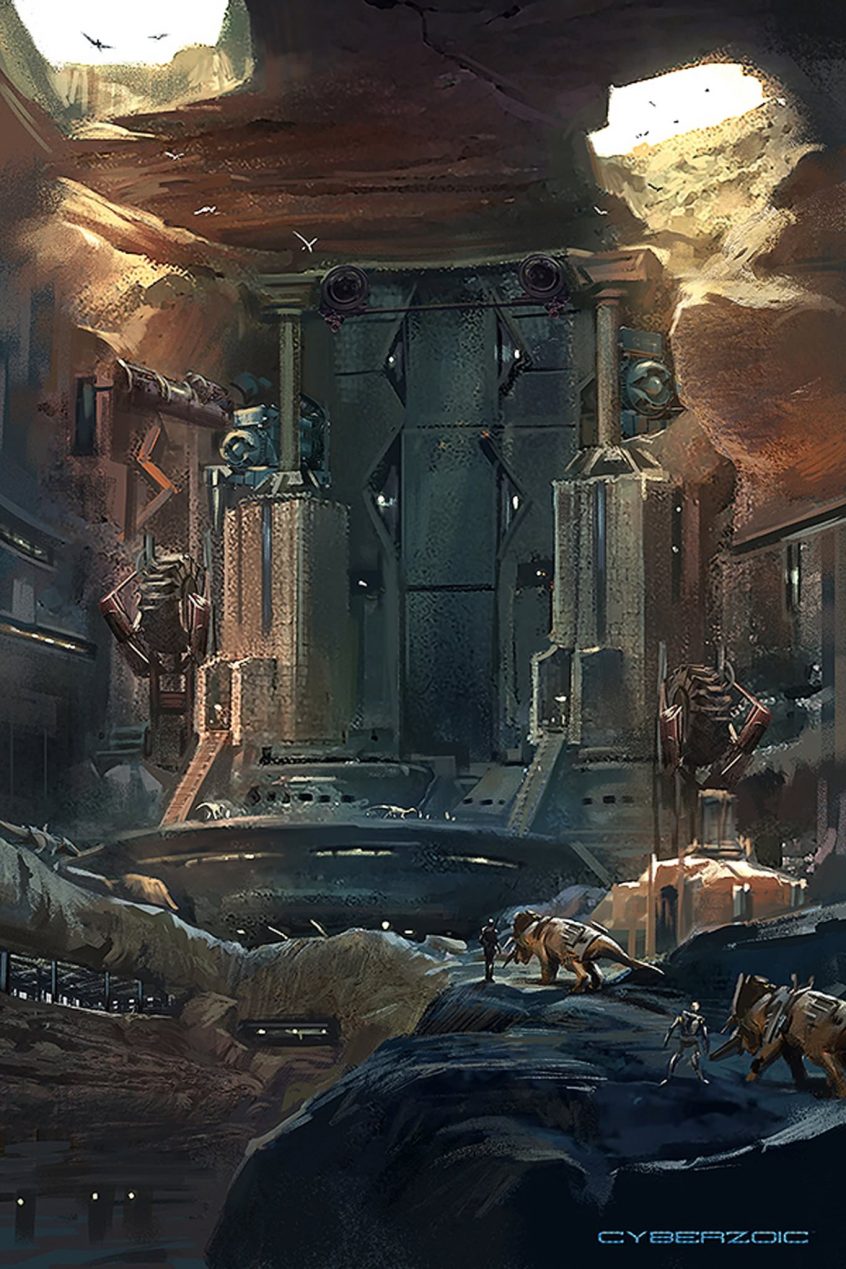 We have another exciting reveal today. Here is the very first look at the mysterious Desert Clan! Shown here are the Daspletosaurus with Deinonychus scouts and a couple of Nasutoceratops (image 2).
‘The enigmatic Desert Clan resides among the arid badlands of Gaea 2, a land scorched by extreme heat and sunlight. Historians of ‘Old Earth’, the Desert Clan’s technology is just as non-linear and pragmatic as their culture. With mostly analog machinery, they are an anomaly to the other clans, and their ability to harness solar power has made them invaluable as the top energy brokers on the planet, affording them a neutral status. Their real enemies are the surface dwelling vagrants and outlaws who look to invade and steal from their underground cities, so regular surface patrols are required to keep these lawless instigators at bay. While not an ally of the Technologist clan, they are in cooperation with them for power and financial gain and are responsible for a new revolutionary technology that could give the Tech Clan the advantage they need to finally take control of the entire planet. ‘
Concept art by Raph Lomotan. 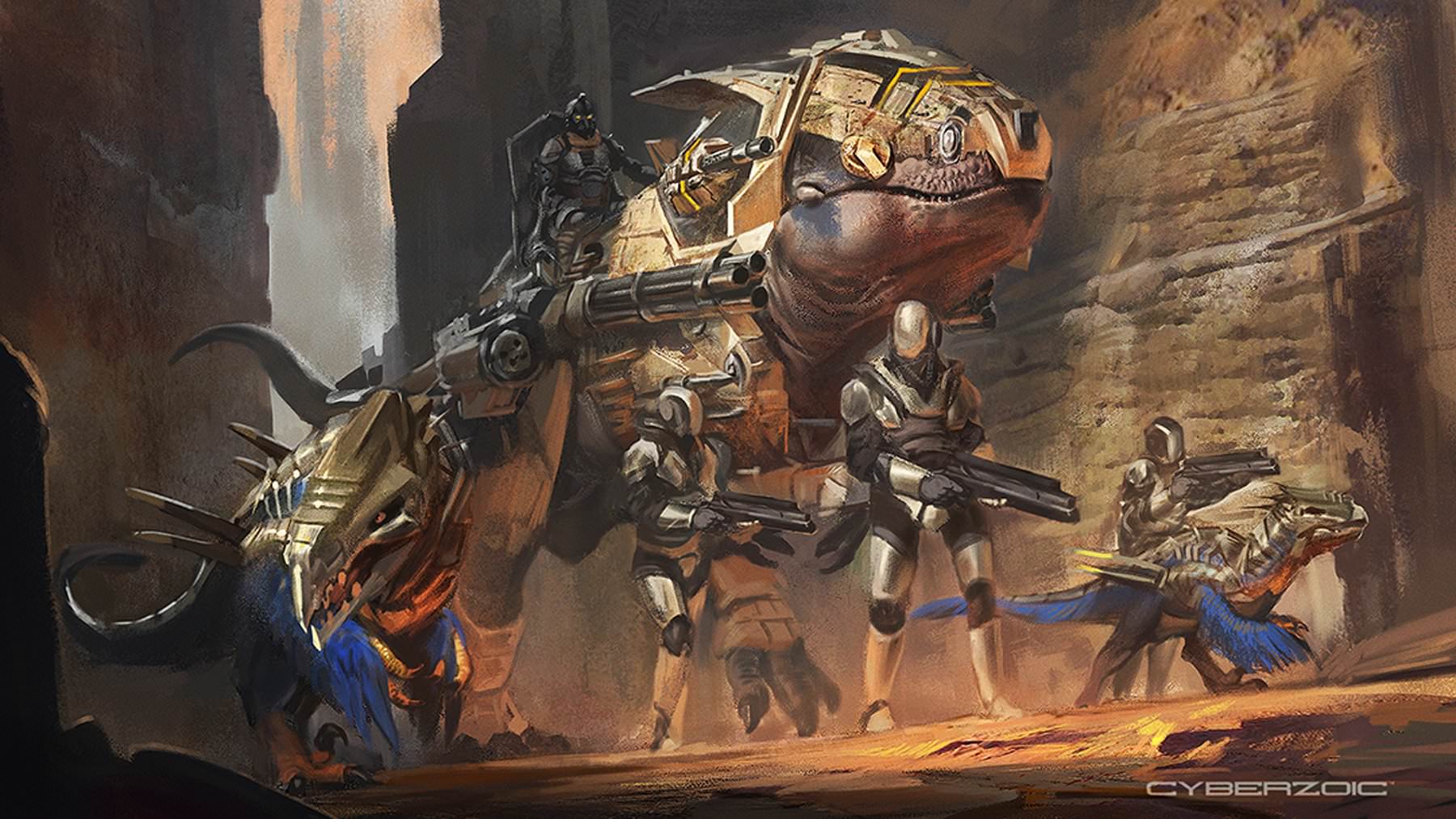