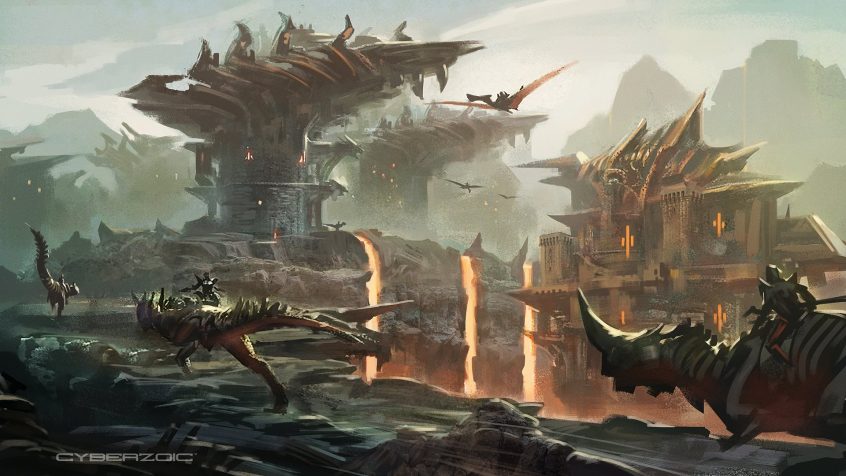 Today for Cyberzoic Friday, we have a spectacular first look at the world of the Fire Clan, with concept art by Raph Lomotan!
‘Long ago, the Fire Clan was forged by defectors of the Technologists. Those with differing philosophies were considered a threat and forced to live in the inhospitable Dark Region, intended as a death sentence to all who questioned the rule of the Tech Church.
An ever-changing landscape of volcanic activity, the dark lands massive ash clouds often hide the sun from its inhabitants. Here, light originates from the ground, not from the sky, with fire and rivers of lava reflecting upward, setting the sky ablaze. With little rain and minimal plant life, only the strongest can survive here. Aided by the native dragons of this land, the Fire Clan humans now seek to take back that which once belonged to their ancestors, and live in the sun once again.’ 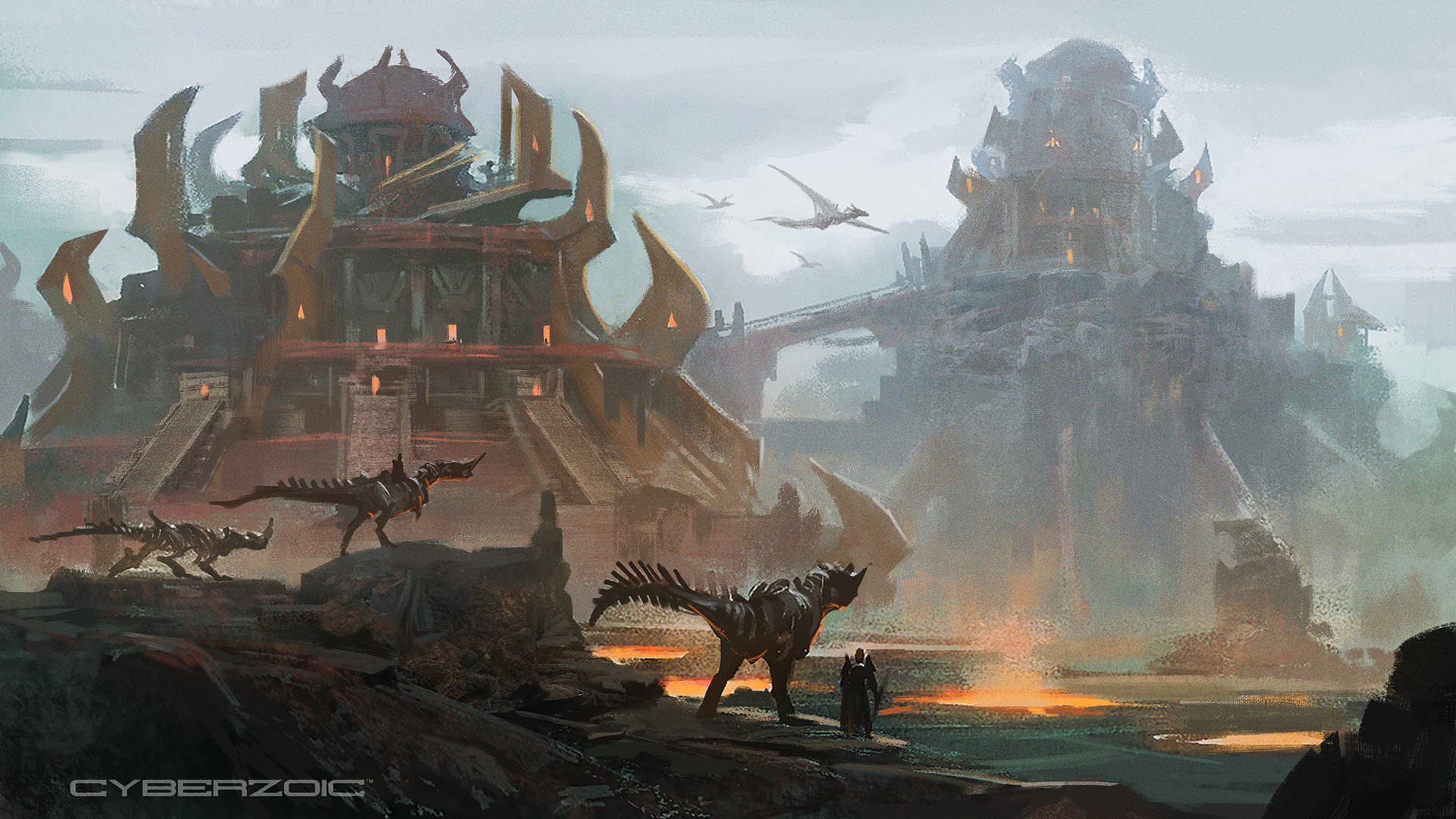 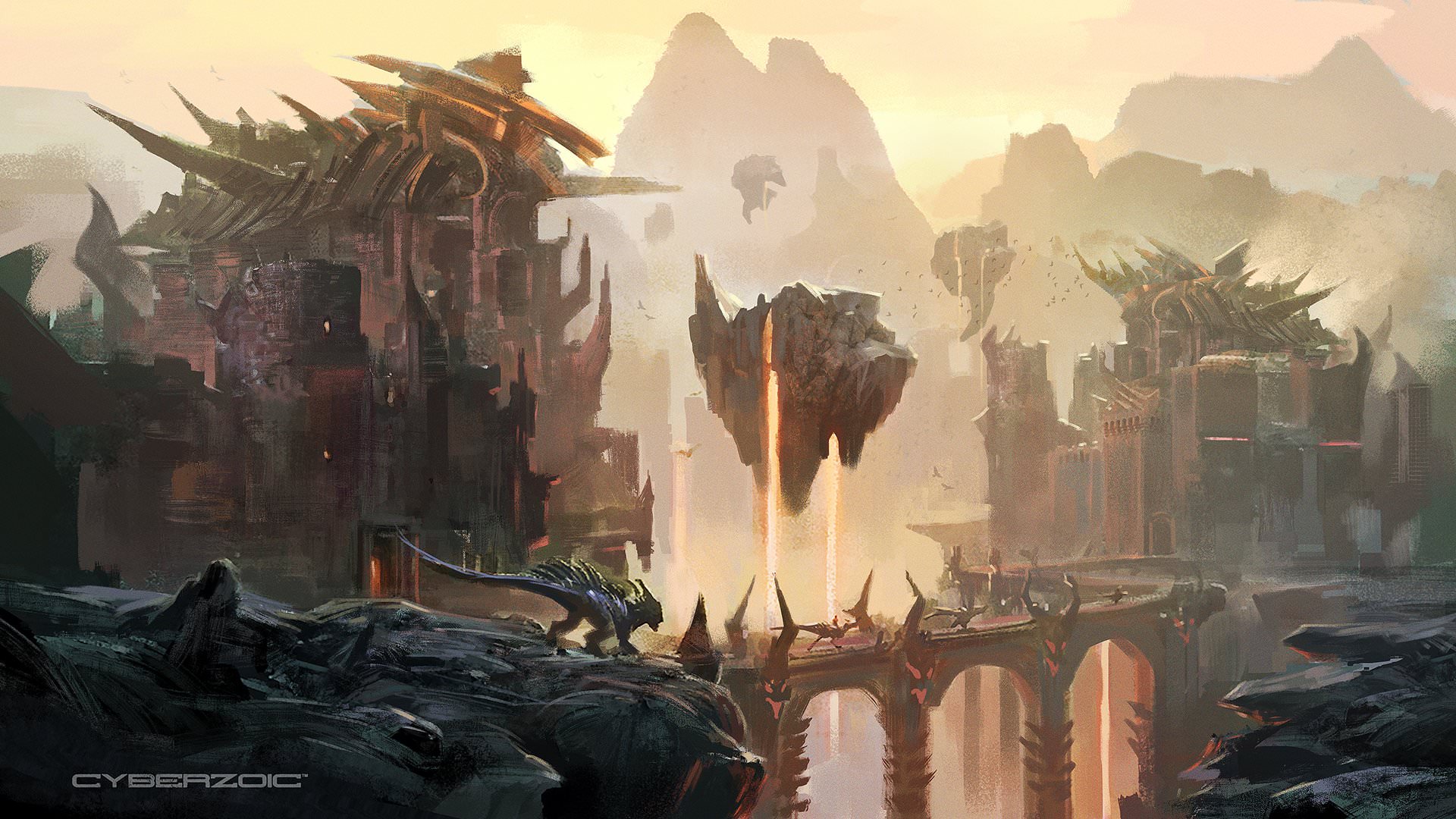