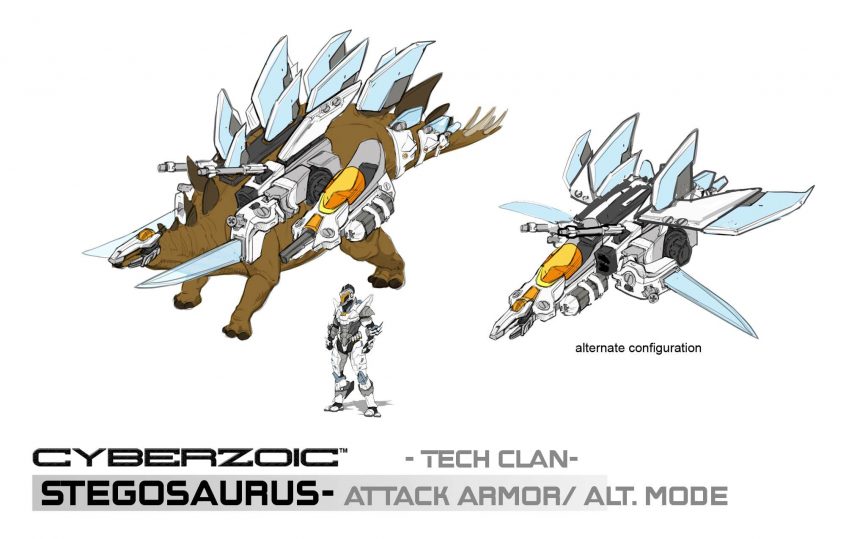 For today’s Cyberzoic Friday, we take our first look at the designs for the Tech Clan Stegosaurus!
‘Stegosaurus is a species commonly used by the Tech Clan as a mobile power unit due its dorsal plates providing ample surface area to be modified into solar energy panels. These Stegosaurus units carry a sizable electric charge to replenish nearby Tech Clan armor units and weaponry, but are rarely used for their battle capabilities. However, for the Tech Knight Stegotronus, this is the species of choice, piloting his Stegosaurus with specially modified armor for offensive and alternate vehicle functions. The Stegosaurus is the slowest of the five Tech Knight dinosaurs, but it wields the strongest overall weaponry including an array of long and short-range laser blasters, retractable energy blades, and of course its effective natural defense tail spikes, a weapon mimicked by Stegotronus’ thagomizer flail.’
What is a Tech Knight and who are the other four? When will the Stegosaurus figure be shown? Stay tuned… and in the meantime, have a fantastic weekend!
Concept art by Ross Persichetti. 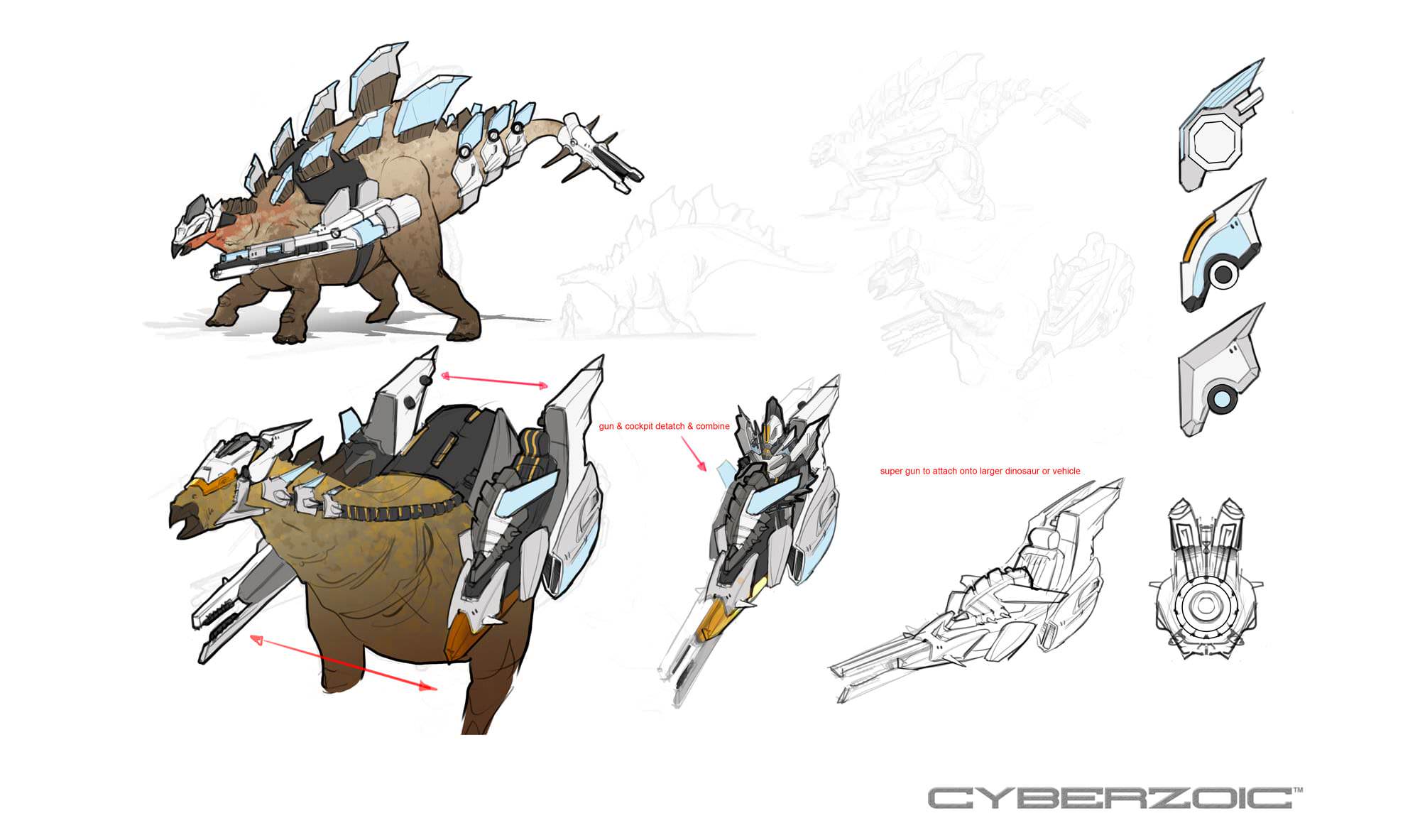 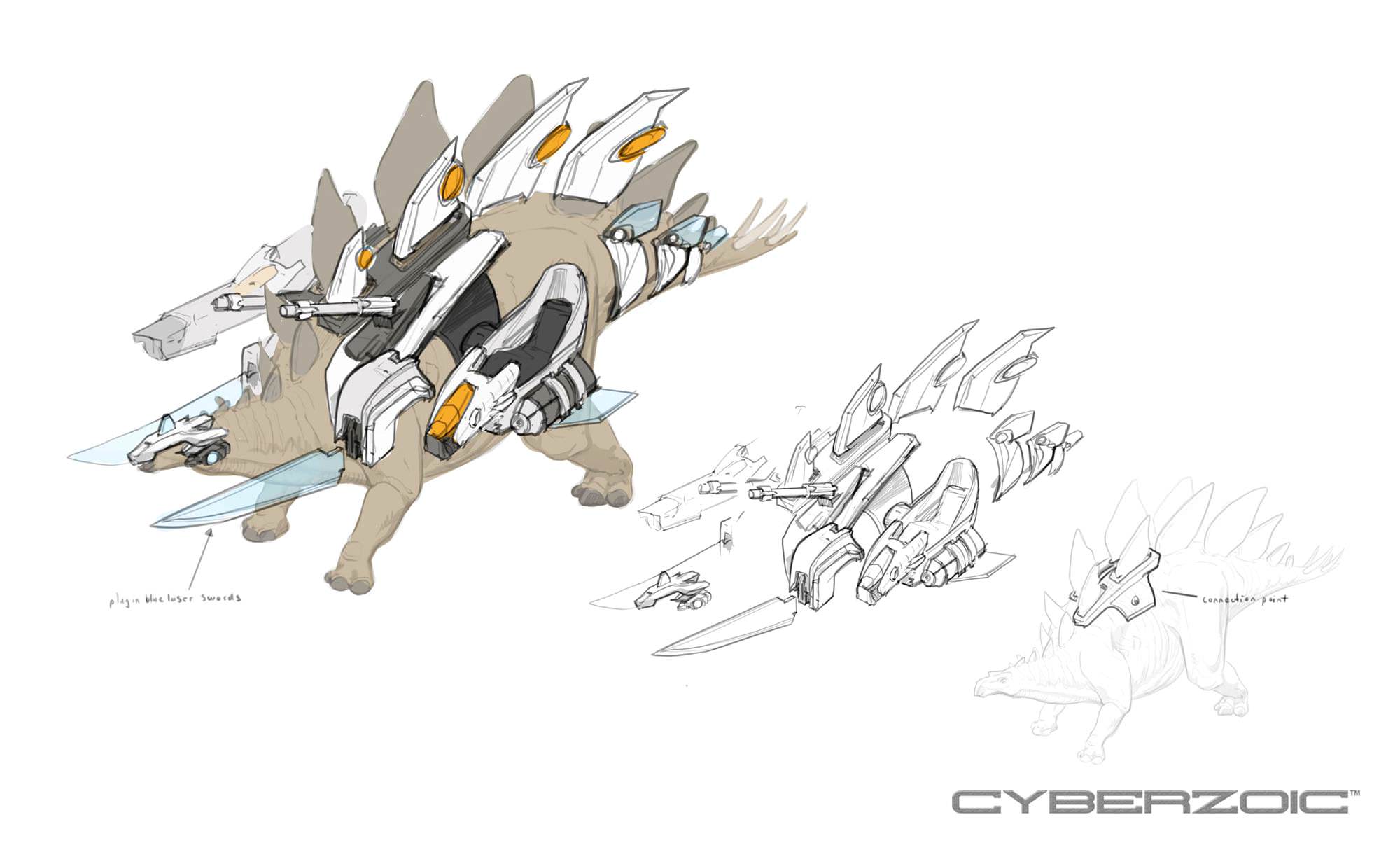 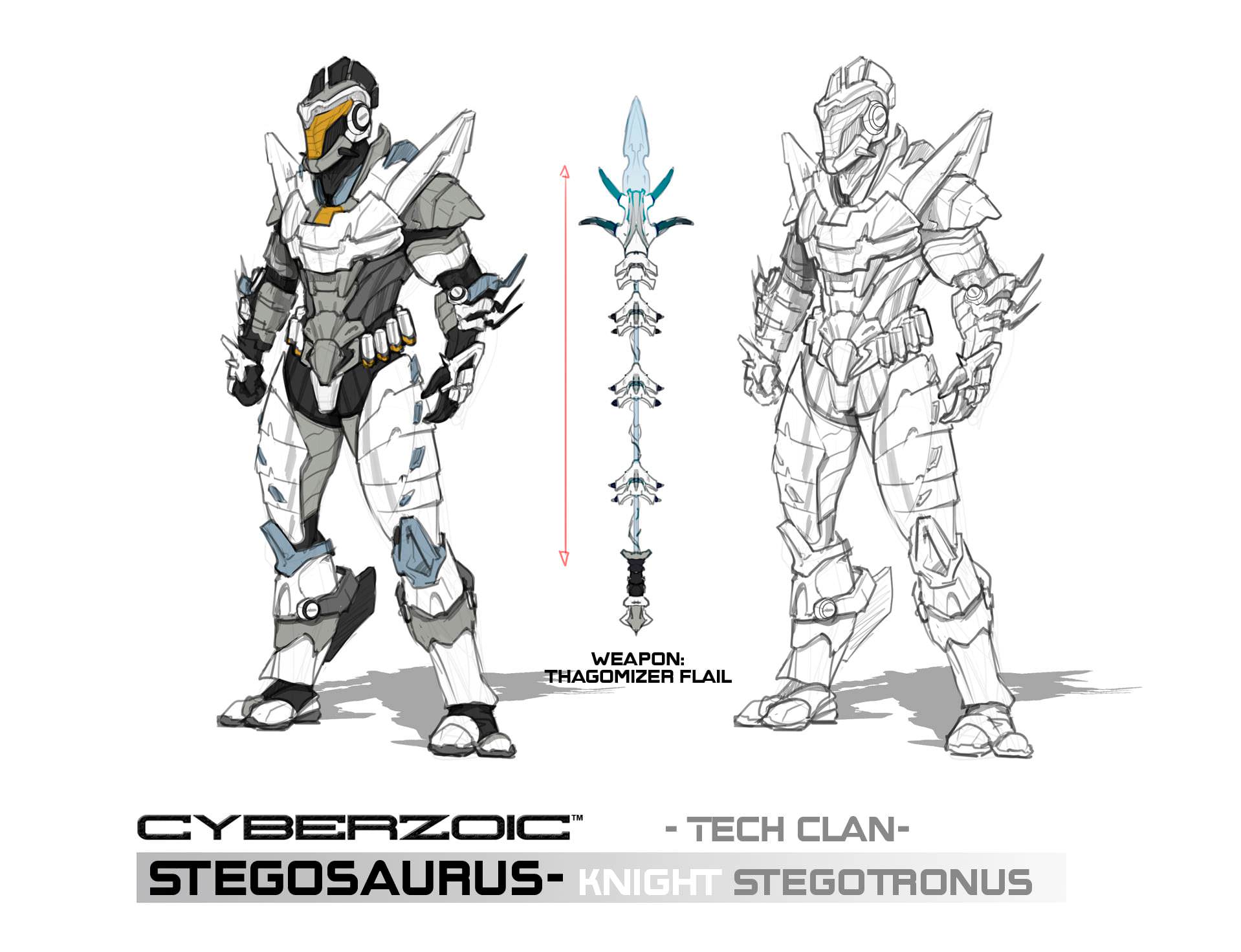