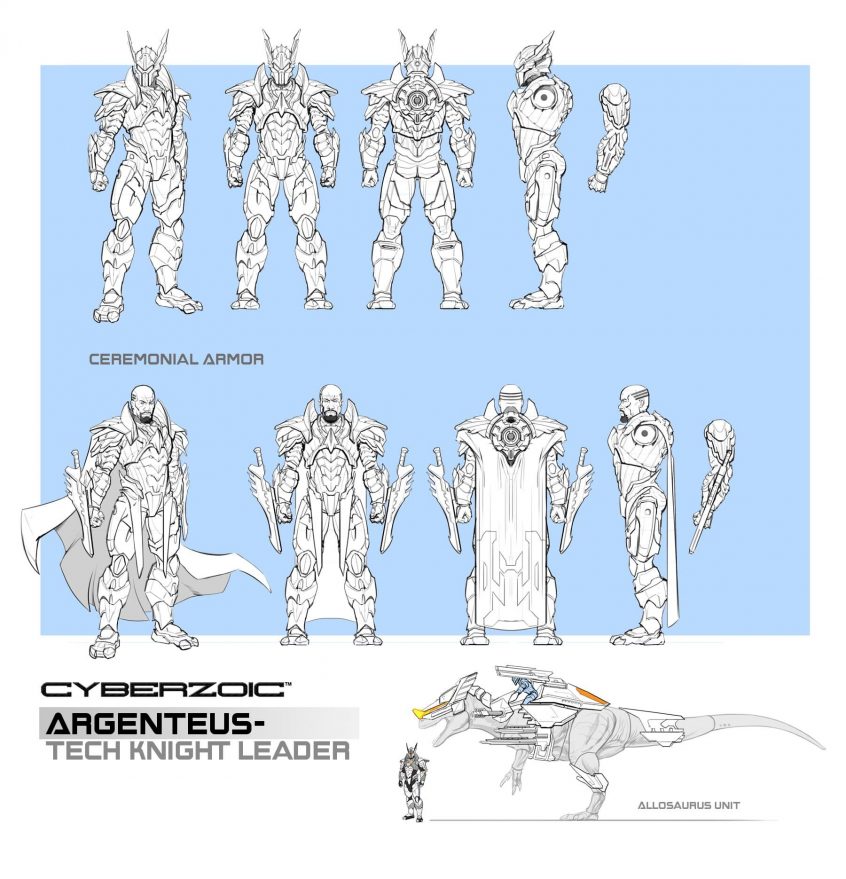 Today for Cyberzoic Friday, we’re taking a look at one of the main characters of the story- the leader of the Tech Knights, Argenteus!
‘Genetically designed by the Technologist scientists to be their greatest warrior and protector, Argenteus is known by the people as the most noble of heroes. He protects humanity from the dangers of Gaea 2 and from the threats of the neighboring clans with his powerful Allosaurus and specialized Tech Knight team. As the face of the Technologist army, Argenteus brings hope to his citizens and serves as an inspiration for future recruits. But there have been new reports of him being seen colluding among the Dragon Clan, calling his loyalties in question. How this is possible and what it means has yet to be revealed.’
Concept art by Ross Persichetti
And just a heads-up- I’ll be taking a short break from social media next week, but otherwise everything is business as usual. Have a great weekend? 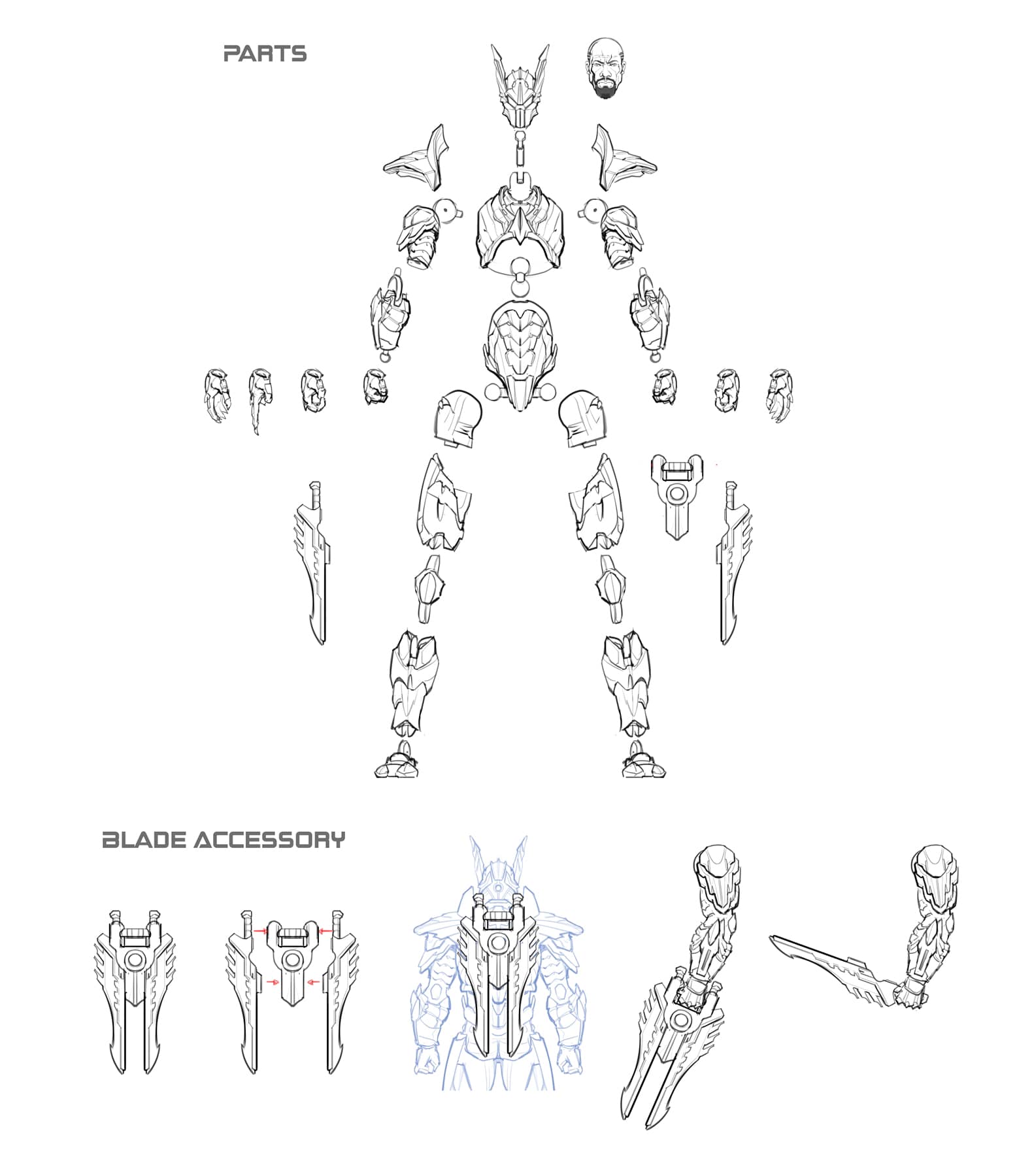