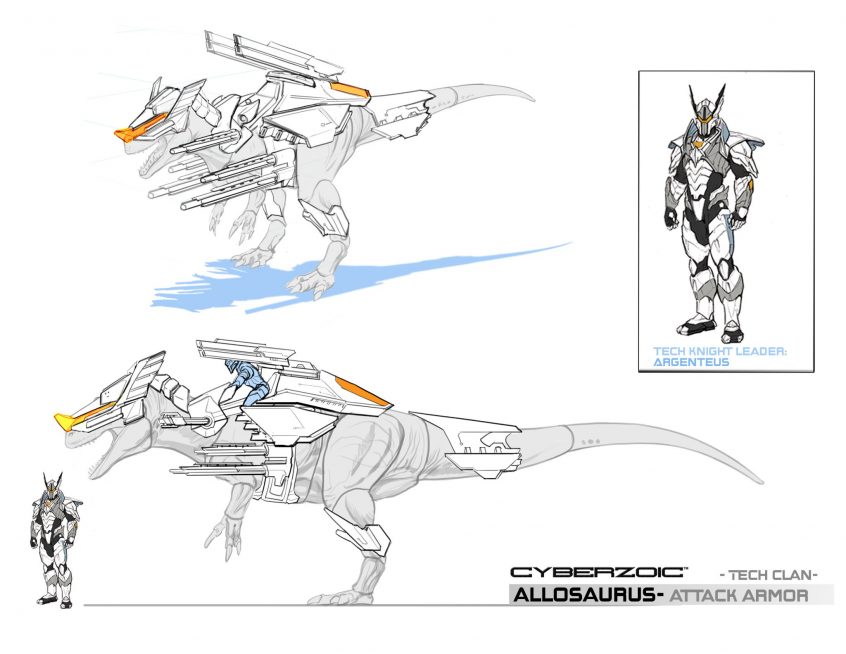 Happy Cyberzoic Friday! Today we have a look at one of the heavy-hitters for the Tech Clan, the Allosaurus with Tech Knight leader, the ‘Silver Savior’ Argenteus!
‘As the heroic leader of the Tech Knights, Argenteus is praised by the Technologist people for his great strength, leadership, and bravery against the Fire Clan as well as the native Dragons that threaten their territories. His Allosaurus is their army’s best all-around offensive mount. In addition to its physical agility and obvious claws and teeth, the Allosaurus is heavily armed with an array of advanced light-weight weapons as well as an alternate low-altitude vehicle mode for the pilot. Argenteus is a loyal servant to the Technologist people and to Xennix, but he’s ignorant to the true cost of his people’s prosperous lifestyle.’
Concept art by Ross Persichetti 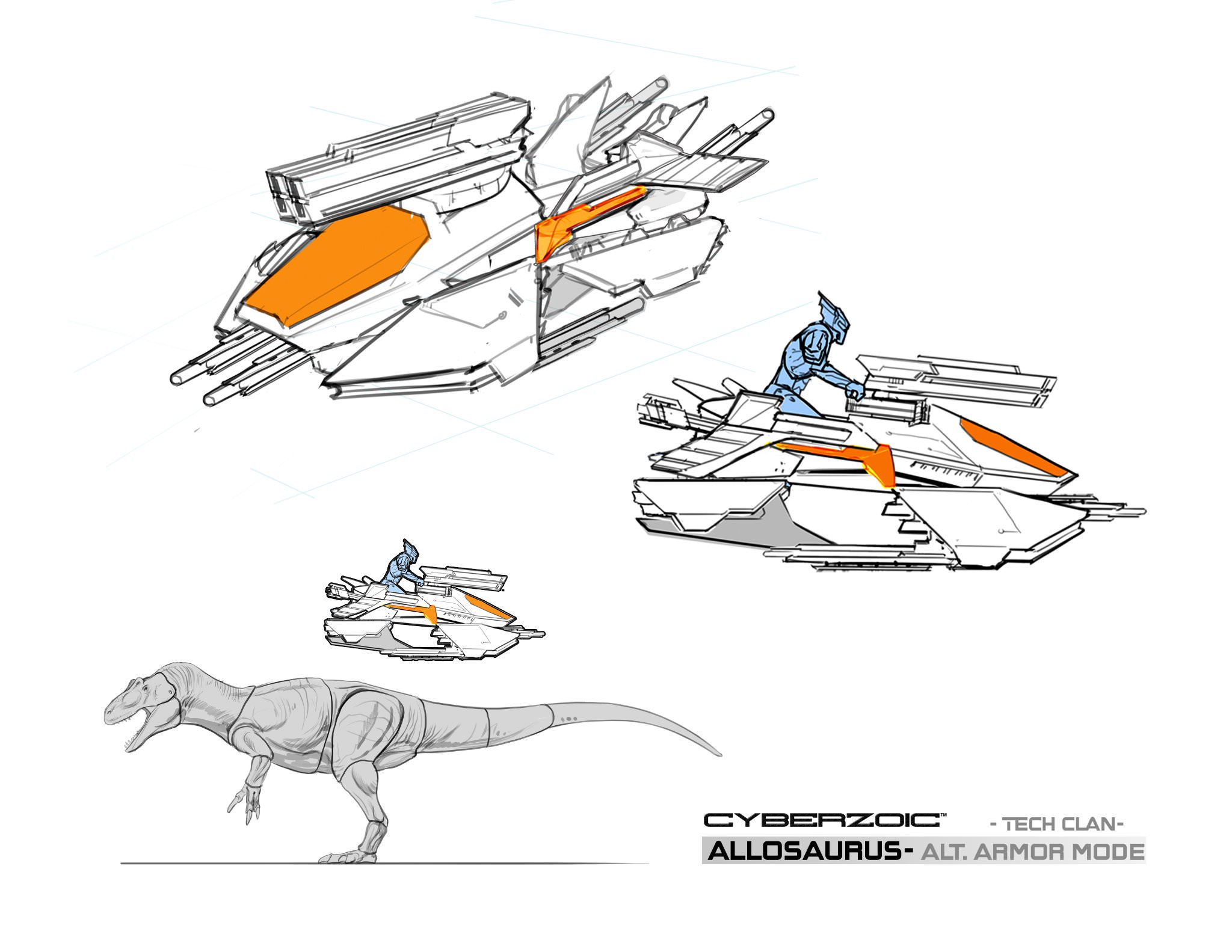