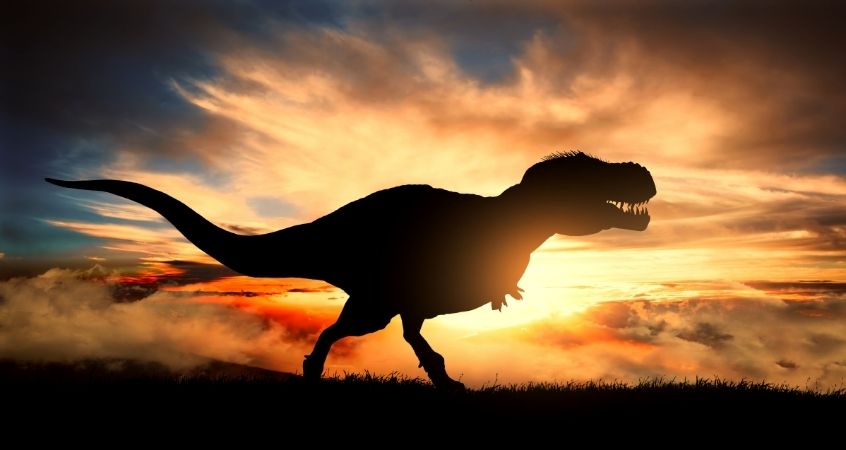 Why did dinosaurs have tails, and how did they use them? Every dinosaur that paleontologists have uncovered had tails, and they played a crucial role in each dinosaur’s life. While some used it for protection, others used their tails to change directions easily. Unearth everything you need to know about dinosaur tails so you can become an expert!

Dinosaur Tails Were Big and Powerful

With big and powerful creatures come big and powerful tails. Two well-known herbivores, the Brontosaurus and Apatosaurus are two dinosaurs from the same family, the sauropods, and both dinosaurs proudly walked around our planet with long tails while munching on foliage. And although sauropods had the longest tails, carnivorous dinosaurs had more powerful tails. But which dinosaur had the longest tail? The tail of one diplodocus measured 46 feet, making it longer than any other.

How Was It Used?

A dinosaur’s tail served many purposes depending on the type of dinosaur. While some had powerful tails evolved to help them run after prey, others had spiked tails to protect them from oncoming attackers. The Ankylosaurus had a spiked tail, which was only one part of this armored dinosaur’s defense mechanism.

Some dinosaurs, specifically those in the sauropod group, used their tails to balance their massive size. Because their tails were bone and muscle, it helped keep the rest of their enormous bodies centered. Their tails weren’t just dead weight, they were tools.

Plant-eating sauropods weren’t the only ones in need of assistance in the balance department. The T-rexes had heavy heads and needed the weight countered. In fact, many predatory dinosaurs had large heads due to their sharp teeth, and without tails, they’d be too unbalanced to chase prey! Even the Velociraptor tail helped this feisty dinosaur stay fast and nimble!

It’s theorized some large herbivores used their tails to help them balance as they reached to eat leaves in the highest trees. They would lean back, and their tail would’ve kept them from falling over. They’d balance on three legs, and likely rested their fourth on the tree.

The velociraptor, among other dinosaurs, used their tail to change direction as they sprinted after prey or ran from a predator. Their tail allowed them to make sharp turns.

Dinosaurs needed a form of defense, especially if they were often preyed upon by others. So, what did these dinosaurs do with their tails? Some, such as the ankylosaurus, had bony shapes at the base of their tail, which made it into a great club.

The coolest of all has to be the stegosaurus. Their tails have immensely long and sharp spikes on them, which are perfect for defense! Their dinosaur tails are instantly recognizable.

Now that you’ve learned everything you need to know about dinosaur tails, you have fun facts to start sharing. Who would’ve thought a dinosaur would use its tail as a whip? If you’re looking for some fun beasts of the Mesozoic figures, start shopping at Creative Beast Studio! You can purchase accurate figurines, kits, and more as you show off your expertise.