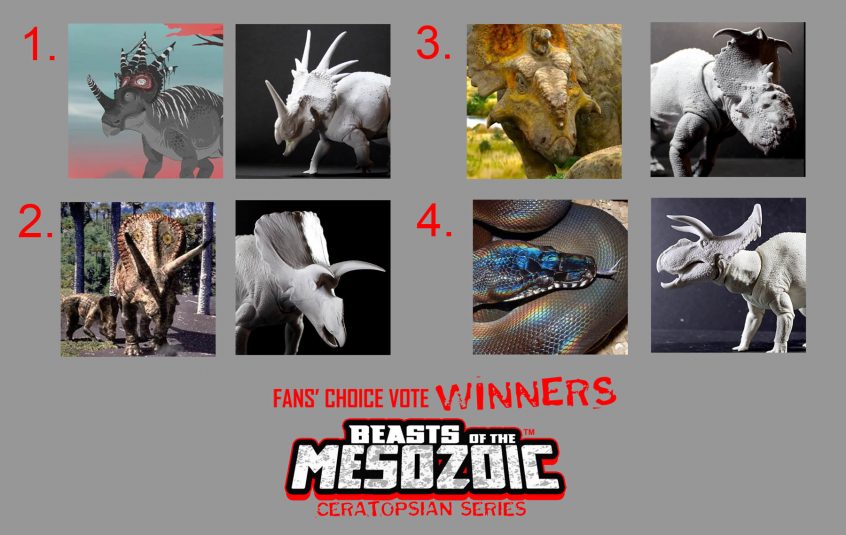 It’s time to announce the winners of the Beasts of the Mesozoic: Ceratopsian Series Fans’ Choice vote!
Winning by a large margin, the number one spot goes to the ‘Old Buck’ version of Styracosaurus!
Number two, not surprisingly, goes to the Walking with Dinosaurs inspired, Torosaurus.
Coming in third is the Pachyrhinosaurs based on the WWD movie, ‘Scowler’.
And number four is the Medusaceratops based on the iridescent White-lipped Python!
I’ve also put together a chart here showing the total votes for each entry across my three social media accounts. I can’t believe how many votes there were- thank you all so much for taking the time to participate. I’m hoping to make these figures available at some point during this year. More info on final designs as well as availability will follow in the months to come! 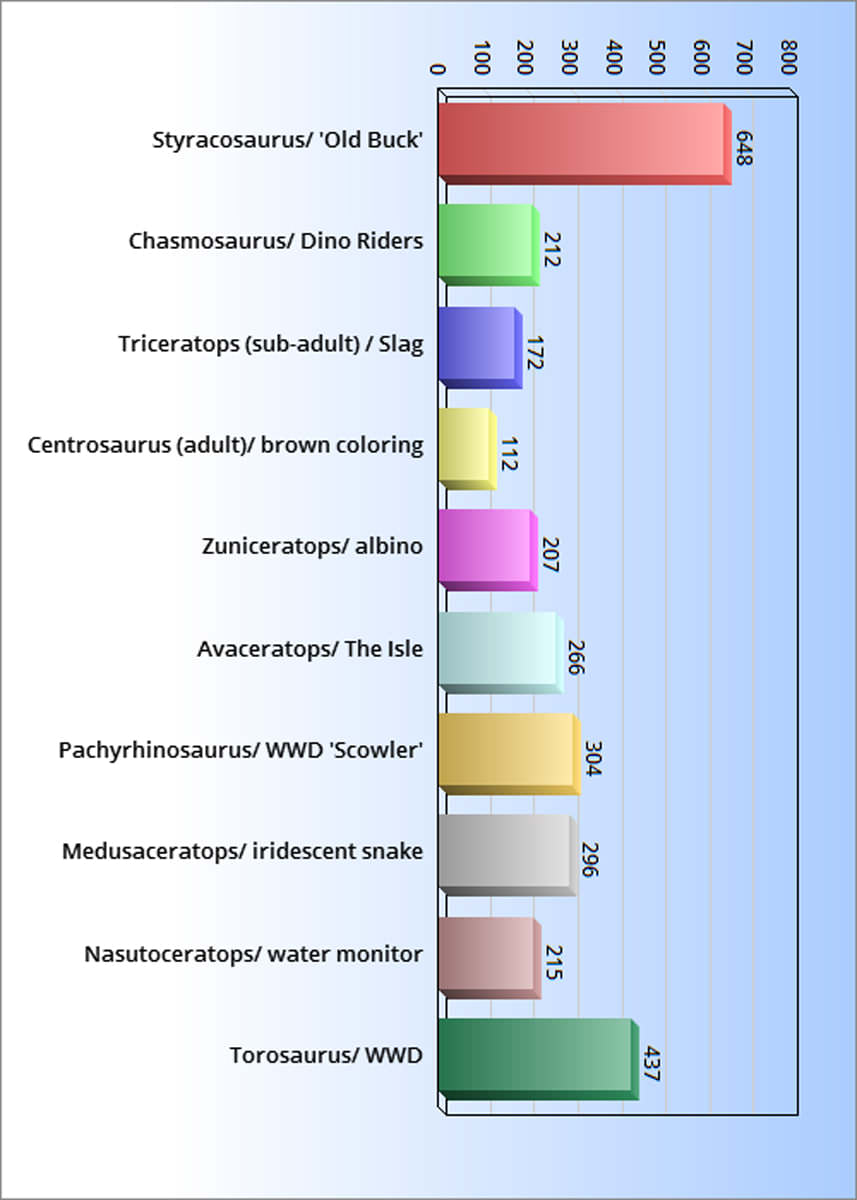