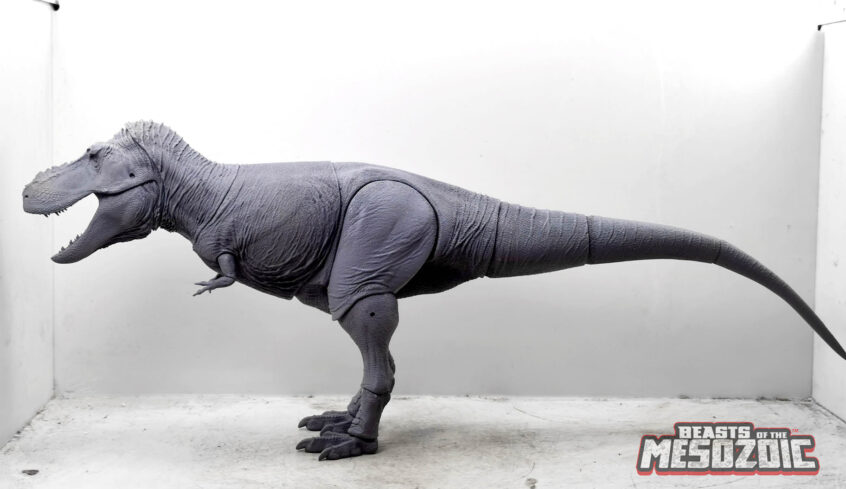 The fine-cut figures for the Beasts of the Mesozoic Tyrannosaurus rex are already underway, well ahead of the Kickstarter next month! Since the sculpt for this one was done digitally (by Jake Baardse) I had the parts printed out at the factory so that they could begin engineering the joints now. This here is the 1/35th scale T-rex and look… there’s no base! The figure will still come with a base of course, but I was surprised to see how well they were already able to get this figure to balance on both feet. The larger 1/18th scale version is being worked on now and I plan to have both of these in-hand next month to show off the articulation and standing options, though the movement at this stage will still be a bit limited due to the rigid resin material. Nonetheless, it looks like we have a great jumpstart on the Tyrannosaur Series!