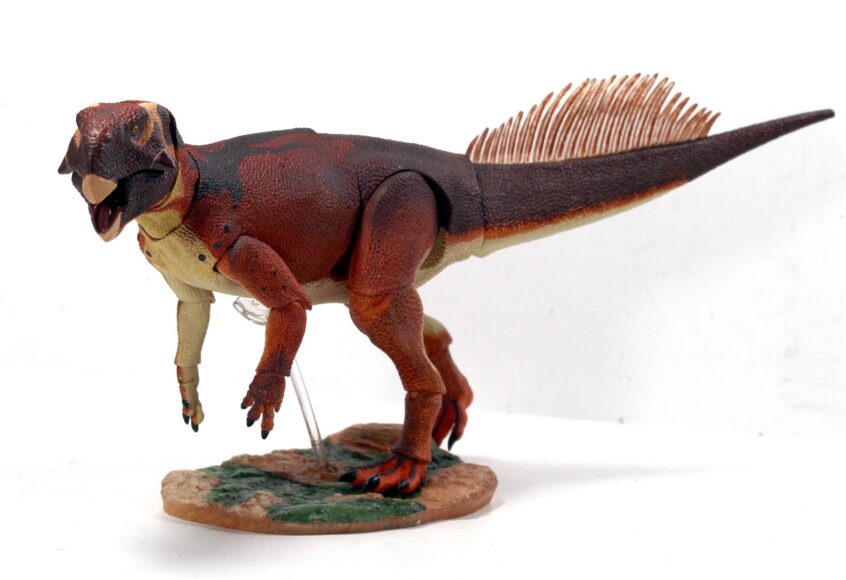 I have some important news for you all regarding the Beasts of the Mesozoic Psittacosaurus action figure. As many of you are aware, the figure has been advertised to be displayed as either a quadruped or biped, and the early samples of the figure could achieve both with little trouble. However, upon reviewing four of the final samples I received a few weeks ago, none of them could hold a bipedal stance for more than 3 seconds. This was obviously very concerning, despite the factory showing me multiple videos of their samples standing just fine. In any case, I’ve decided to move forward with a production run of bases for the ‘Taco’ so that the bipedal poses can still be displayed. If anyone is thinking that it should have come with a base all along, I won’t disagree, but I saw this figure as a test run for the Tyrannosaur series. It presented an opportunity to understand the challenges involved with free-standing biped dinosaurs and I’m very glad to have some experience with this now.
These bases, featuring all new deco, are currently planned to ship with the Psittacosaurus figures, due out in a few weeks, but the base and the base parts will be in a separate bag and not in the regular box. I apologize if anyone is disappointed about this not going quite as planned, but I’ll feel much better knowing that this guy won’t be taking nose-dives off of peoples’ shelves in the middle of the night.