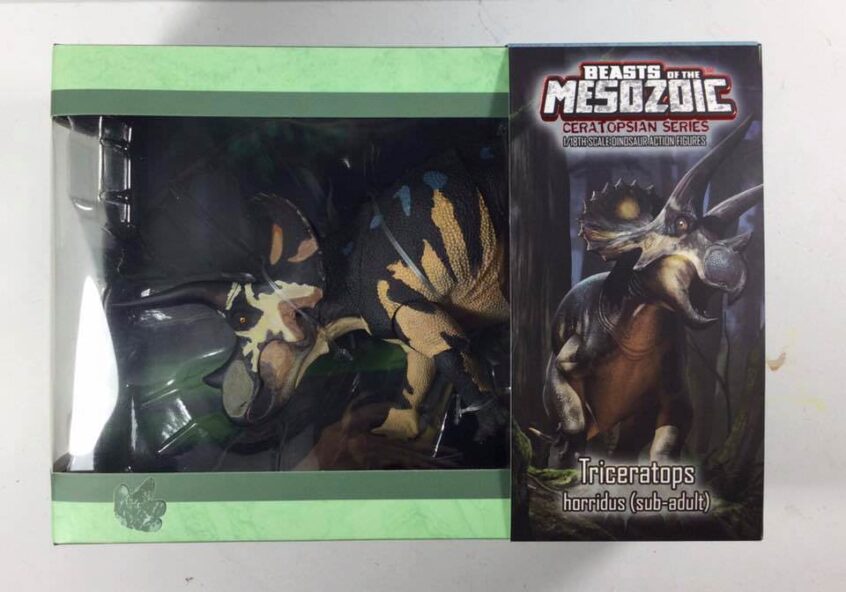 I have some news regarding the Beasts of the Mesozoic Ceratopsian Series, wave 1. I was planning to do a full announcement for this via Kickstarter update by today, but unfortunately my computer died over the weekend so until my new one is ready, I’m left with doing everything from my iPad mini, which is less than ideal. Nonetheless, I wanted to catch everyone up on the current status. I recently posted a photo of the new package samples and said that the figures look great- and boy do they! The packaging unfortunately is a different story. It turns out that the factory mistakenly used the wrong paper stock and it’s way too thin and flimsy. It was also meant to be gloss, like the Raptor Series packaging, but this is matte. And despite each sample being bubble wrapped individually, there were still multiple instances of damage to the packaging ( the figures were fine). So I’m having all of the packaging redone in the correct paper stock right now and the final figures will begin shipping from China this weekend, with an additional batch shipping next weekend. I plan go more in depth about this in the next KS update, hopefully this weekend, but until then here is an example of the sub- adult Triceratops. I know it doesn’t look bad in the photos, but the paper is so flimsy in-hand. Even with this setback, there’s still a chance that fulfillment could begin by late October, but I think early November is more likely. I apologize for the delay, but this was a necessary problem to fix. The package artists and myself worked too hard not see it come together as intended. Preorders will remain up until the items are ‘in-stock’. Thanks so much in advance for your patience. 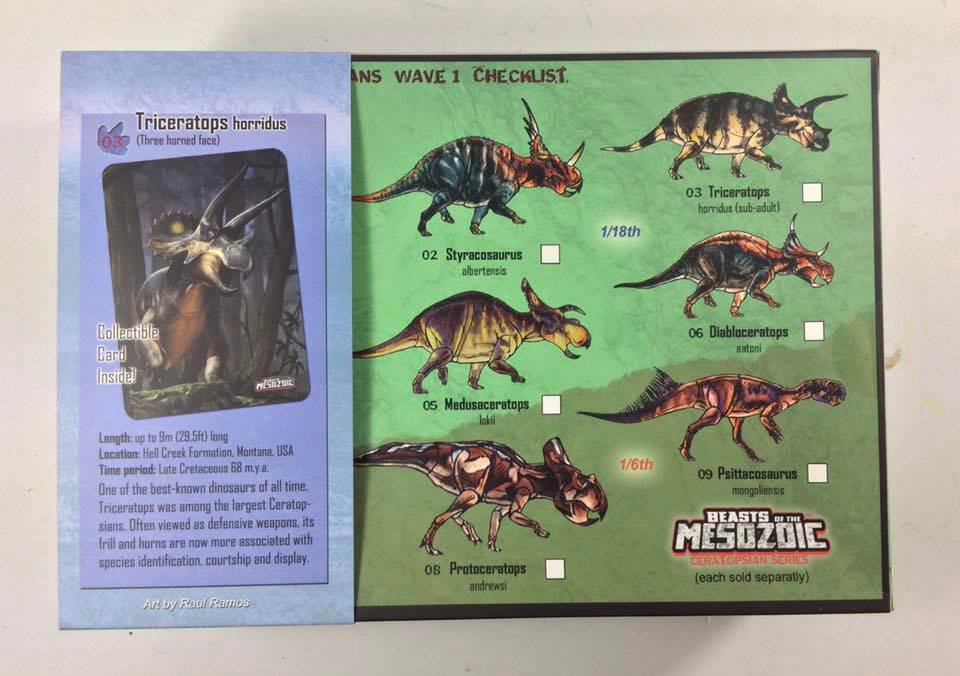 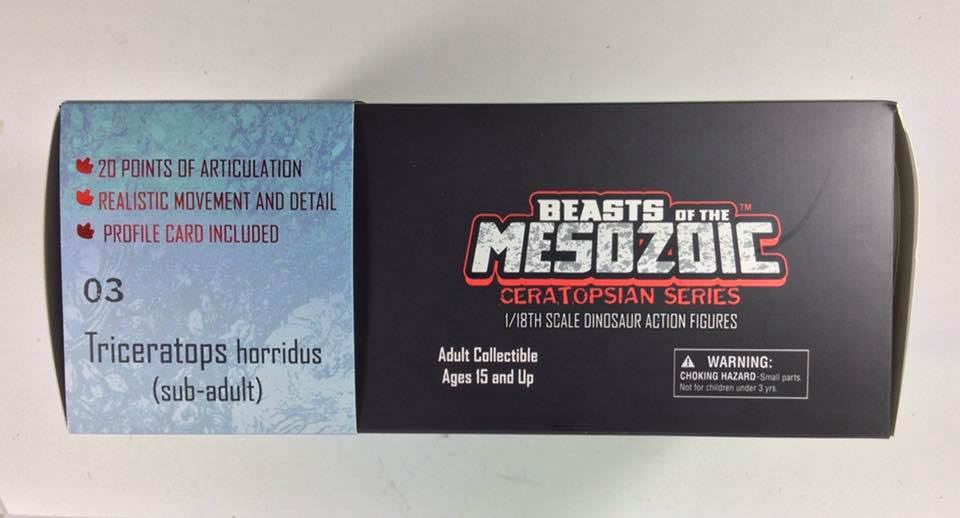