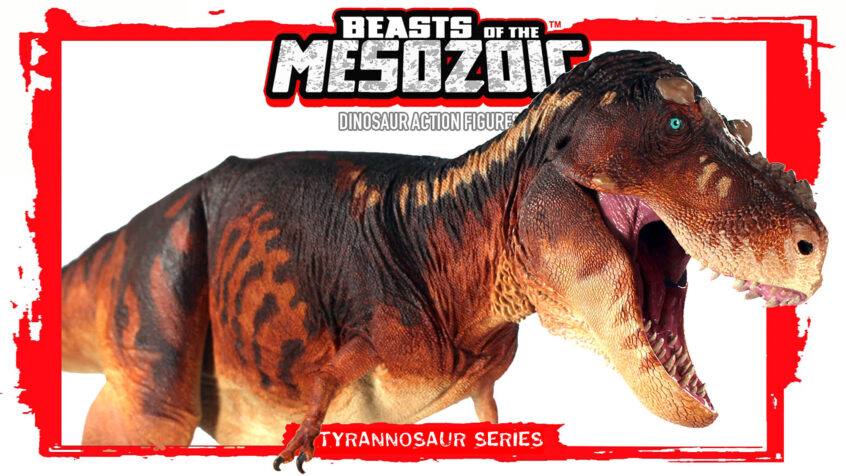 KICKSTARTER INFO: Pictured here in addition to our Beasts of the Mesozoic: Tyrannosaur Series Kickstarter thumbnail image, is a breakdown of all of the parts involved with the 27″ 1/18th scale Tyrannosaurus rex figure. The 1/35th version is mostly the same with the omission of the wrist joints. And as we approach the launch for the Kickstarter next Wednesday, I’m happy to finally be able to address two of the most commonly asked questions: “How much will they cost?” and “How will they stand?” Both are very good questions and now that I have the information that I need from the factory, I can address them here as well as a few others.
Pricing- The large 1/18th scale T. rex will be $200 each and the 1/35th scale T. rex will be $60 each on Kickstarter. As with previous series’, the prices will increase a bit afterward for the preorder and then again for retail. Projected release is Sept. 2022, but since we already have the fine cuts in development, this is a conservative estimate and it could be a little sooner. Also, the special edition variants will be $210 and $65 respectively due to the more elaborate packaging.
Standing- the standing issue will be resolved with interchangeable solid lower legs that peg into the base, with the intention that you use one lower leg essentially as the ‘stand’ while the other leg remains poseable. This will be the case with all figures 14″ and larger. Anything smaller than that will still require a standing rod due to the small feet and/or to maintain a specific price point. Flat foot standing without the base may be possible, but I won’t know for sure until we have test shot figures completed.
The initial funding goal will be for the four T. rex figures- the standard 1/18th and 1/35th scale figures, plus the two special variants-1/18th ‘Dino Riders homage’ T. rex (limited to 1000) and the 1/35th ‘Walking with Dinosaurs homage’ T. rex (not limited). All of the other figures will be stretch goals and the order will be revealed during the Kickstarter campaign. The exact time of launch will be Sept. 22nd at 11am EST.
I hope that helps give everyone a clearer idea of what to expect and it would be a great help if you all could please spread the word about this Tyrannosaur Series Kickstarter and let as many people know about this as you can in the days leading up to launch. All of your support is very much appreciated. Check back in for more reveals as we get closer to the 22nd. Thanks everyone! 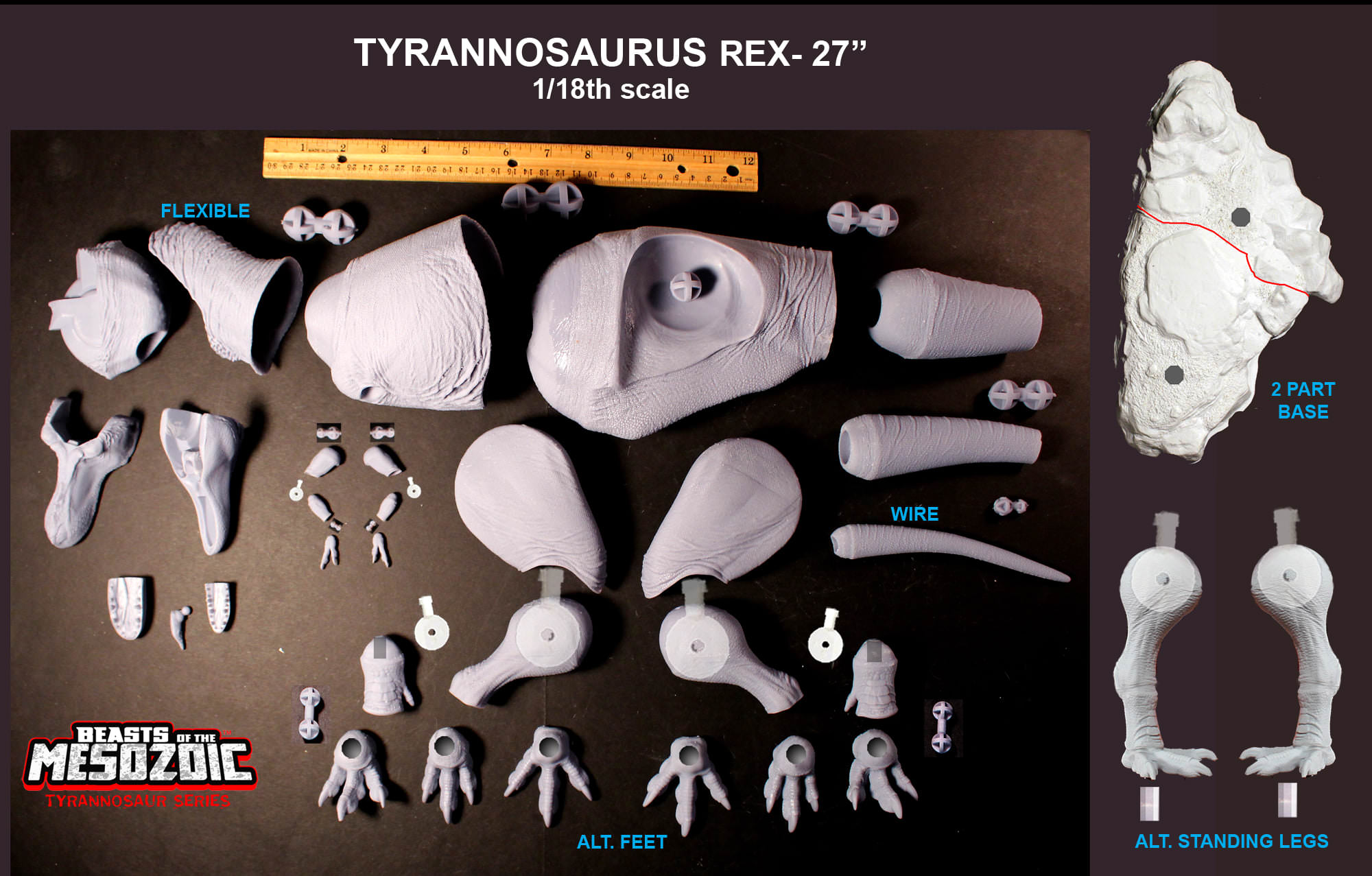