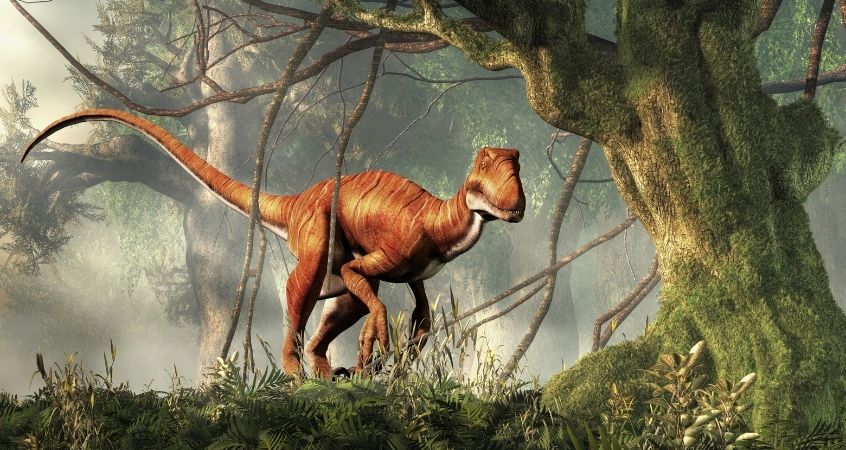 There are so many dinosaurs to keep track of, and because they don’t exist now, it can be difficult to fathom their presence. As we’ve learned through the study of many species, there is a close relation between beasts of the Mesozoic Era and modern-day animals such as birds. In examining facts about Deinonychus, the Terrible Claw, it may be easier to understand the links between these creatures.

The name Deinonychus is Greek for “Terrible Claw.” This is due to the large, single curved claw on each of its feet. This was a trait the Deinonychus shared with Raptors during the mid to Late Cretaceous Period.

Paleontologists determined that though the claw could be used in climbing and anchoring the body, it was most likely used in hunting. The Deinonychus probably used its claw to deliver deep stabs to its prey’s body in order to activate bleeding that would lead to death. Moreover, it was likely used to disembowel prey and shred its flesh.

This theory at first seemed preposterous, but through more research in recent decades, the likelihood is high. Deinonychus was almost certainly feathered in some stages of their lives, more so than others. The Deinonychus, as well as the North American Raptor, are said to have looked like a large bird.

However, Deinonychus may not jump to mind when you think back to the Jurassic Park movies, and especially Jurassic World. The Raptors (a Velociraptor pack) featured in the films were modeled after Deinonychus—at least physically; in reality, however, they weren’t as smart, and likely lacked the jaw strength and speed of a Deinonychus.

Although these animals were not sporting feathers in cinematic depictions, their stance and physical makeup are vastly similar to those of a Deinonychus. So, even though they weren’t labeled as such, you can consider those little movie stars to be a good representation of Deinonychus without his feathers.

At Creative Beast Studio, we strive to set the record straight for dinosaur enthusiasts and paleontologists in the making. We do this by not only creating realistic dinosaur figures that can be studied, but also by providing facts about Deinonychus, the Terrible Claw, and various other dinosaurs. Our hope is that you gain a better understanding of these curious creatures and how their existence relates to modern-day animals and the world we currently inhabit.