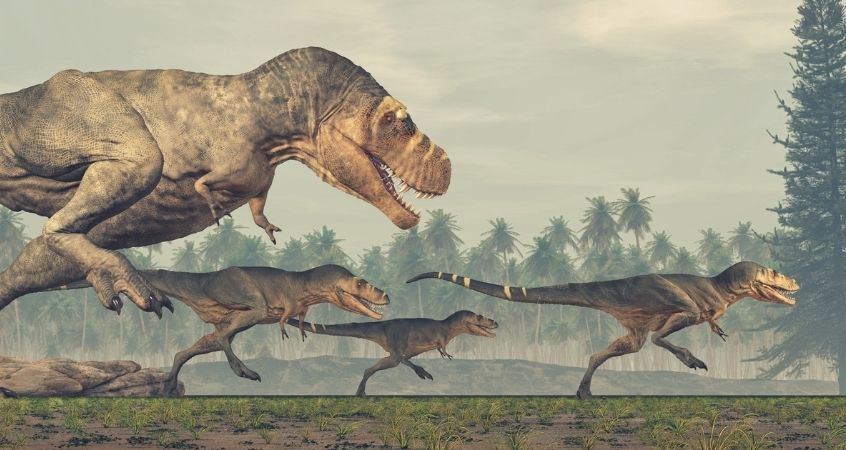 What if you heard that cavemen never existed alongside non-avian dinosaurs or that dinosaurs weren’t lizards? Unearth the fascinating truth by dispelling the top myths and misconceptions about dinosaurs. You never know what you may discover!

They Lived Alongside Humans

You see it in many television shows and movies—dinosaurs and cavemen living side by side. But this never happened. The first humans weren’t around until about 60 million years after non-avian dinosaurs had already gone extinct.

While both dinosaurs and lizards are reptiles, dinosaurs weren’t giant lizards. In fact, the two come from different animal groups.

The difference between both reptile groups lies in the skull shapes the animals have. Another fascinating detail is that some dinosaurs had feathers. You’ll want to remember this important fact, as it will come up again when we dispel another dino-myth!

The Velociraptor was just one of these feathered beasts! If you’re looking to assemble your own raptor model, buy a fantastic kit at Creative Beast Studio. After all, the perfect raptor action figure is a factually accurate one. Rest assured, you’ll find nothing but the best here!

One of the top myths and misconceptions about dinosaurs is the belief that they were cold-blooded. Not only is this wrong, but dinosaurs could also self-regulate body temperatures and had fast metabolisms. We know this because their bones show that they grew at rapid rates. Scientists believe this could be a reason they eventually had feathers.

While we don’t think of dinosaurs as colorless, we also don’t think of them as colorful. When most of us imagine dinosaurs, we assume they were boring shades of green and gray. However, dinosaurs were colorful—some even had stripes!

If you’re looking for accurate depictions of dinosaurs, then look no further than Creative Beast Studio. Here, you’ll find news about the beasts, action figure, and resin molds, and more. Search out some colorful beasts like the Masiakasaurus or a feathered Velociraptor and start spreading dino-truths!