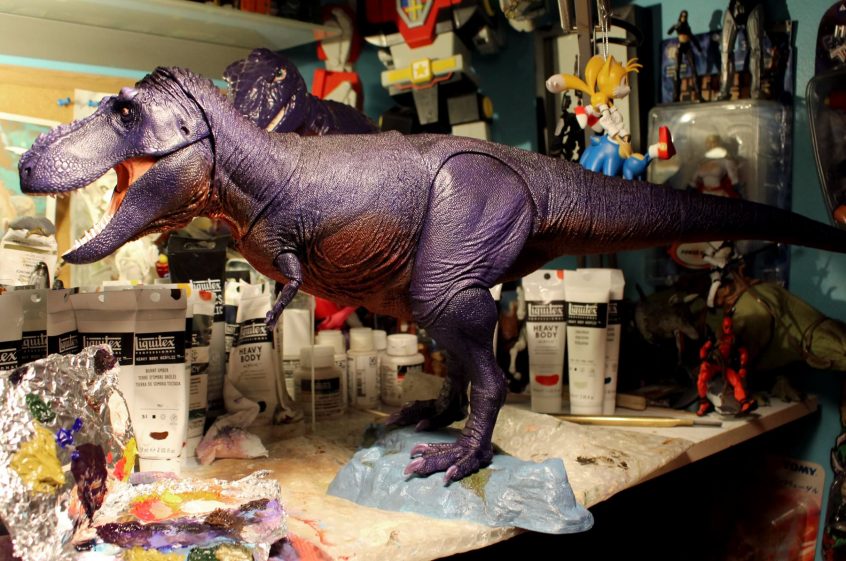 As many of you may have seen, this Tyrantisaurus Rex- inspired BotM T. rex made an appearance over the weekend at Power-Con and I just wanted to follow up about it. I’ve been wanting to make one of these for myself for some time now, and of course Power-Con seemed like the perfect place to show it off! That being said, I do want to confirm that this was NOT a product announcement, but just an example of what can be done with the Grey T. rex as that is what I began with. It’s been really interesting seeing all of the positive reactions to it though, both on-line and at the show (even if many people were mistaking it for Beast Wars Megatron.) Also, I documented my paint progress as I was going, so I hope to put together a tutorial for this in the near future for those that want to paint their own.
And don’t expect to see any additional photos of the final piece- I was made an offer I couldn’t refuse at the show, so this one has a new home now.