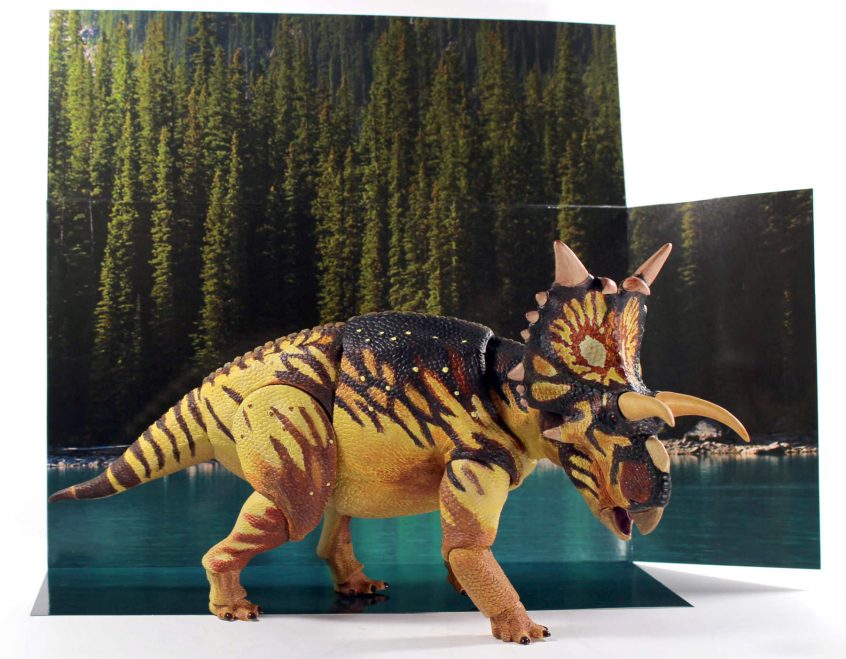 As I’d mentioned in yesterday’s post, the wave 3 Beasts of the Mesozoic Ceratopsians have just arrived at the New Jersey warehouse! Shipping is expected to begin on Monday, which means this will be the last weekend to take advantage of the preorder pricing. And while it is great to finally get these in-stock, there is one issue that should be noted. The adult Triceratops shipment had to be split into two parts, with the majority of the quantity trailing behind this shipment by about three weeks. So while we will be fulfilling as many orders as possible right now, this figure will remain at preorder status until the entire shipment comes in. The other six Ceratopsians, however, will be fully-stocked.
I’ll be following up with more info on this in a new Kickstarter update soon. In the meantime, here are a few more photos of the final samples with their included backgrounds. For those that have ordered- thank you for patience. The wait is nearly over!