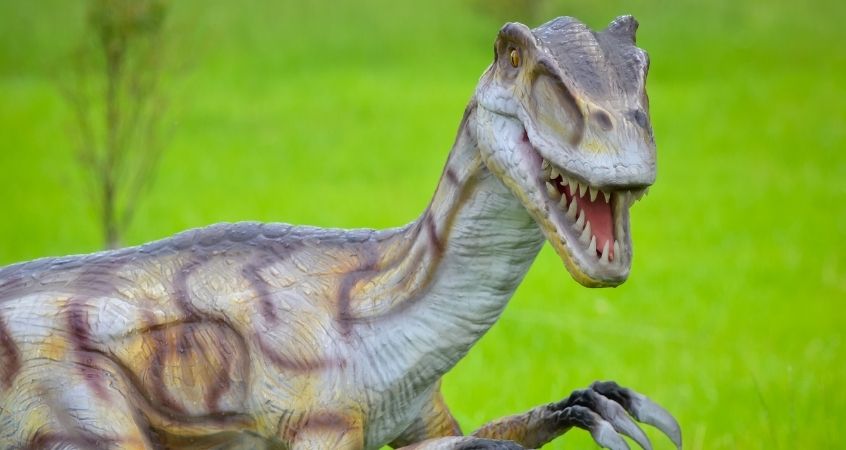 The Velociraptor. Besides the Tyrannosaurus rex, it is easily the most popular dinosaur of the hundreds of species scientists have discovered. So, when it comes to which dinosaur to buy as an action figure, a Velociraptor figure is a no-brainer.

But even though Velociraptors are awesome, that doesn’t mean every figure of one is going to be. If you want to spend your dinosaur money well, here’s what to look for when purchasing Velociraptor action figures.

There is a lot we don’t know about dinosaurs, such as whether they were hot- or cold-blooded and how many species there were. But there are a few things we do know for certain, and those are attributes you can look for when buying your Velociraptor figure.

A historically accurate Velociraptor figure will feature a particularly large, sickle-shaped claw on each foot and will be covered with feathers, not scales. And if you’re thinking about buying a figure modeled after the “Velociraptors” featured in the film Jurassic Park, keep in mind that those aren’t Velociraptors. Those dinosaurs are actually modeled after its more intimidating-looking cousin, Deinonychus antirrhopus.

But it isn’t only the dinosaur itself that you have to keep in mind when you’re looking for the latest addition to your figure collection. Some figurines are built for the rigors of going to war with other action figures in your collection. Some are built to look amazing, and that’s it. It all comes down to what materials were used to build the figures.

If you want a Dinosaur built to play with while still looking good, you can’t go wrong with plastic. Our plastic action figures are mainly made from PVC and POM, making them long-lasting and tough. That means our dinosaurs won’t chip if you drop them, which is bound to happen if you pretend to be a beast from the Mesozoic era. The best part is that our plastic figures are also incredibly detailed, making them perfect if you want to put them out for display- you have options.

Just buying an action figure is fine. But what’s better is having a few things to go with it to elevate your play or display experience. Many good-quality action figures will come with extra goodies thrown in. For display figures, you will want to look for accessories like display stands, posing rods, clips, or background inserts. You may also be able to get interchangeable parts, so your figure can display multiple poses.

For Velociraptor models you will love to bring home, visit Creative Beast Studio. Our models are incredibly lifelike, made of high-quality materials, and come with everything you need to display your Velociraptor to the world.