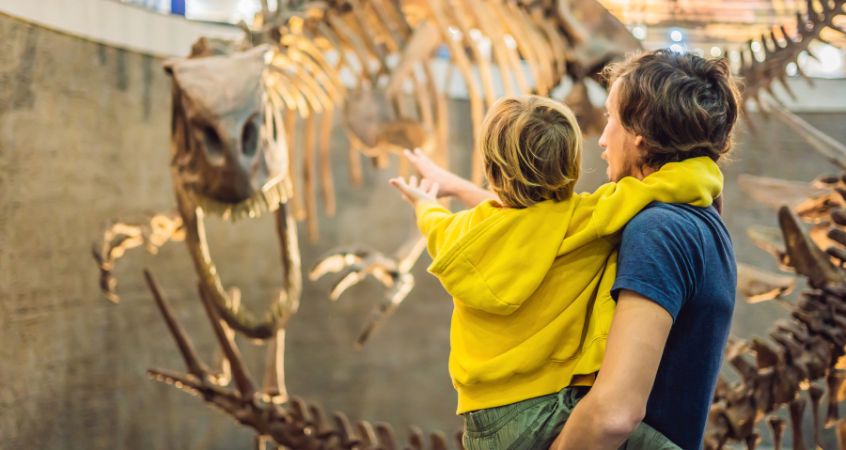 Despite the fact that dinosaurs are entirely fascinating species that continually surprise us, they can also teach us valuable information about our world. It may surprise many to know that in comparison to the Earth’s history, we know only a needlepoint’s worth of information. As such, in order to learn more about our Earth and its future, we must look into the past. Here are reasons why it’s important to learn about dinosaurs.

It is no secret that climate change is a growing issue that does not discriminate, and that we will all come face to face with its effects if we haven’t already. The idea of what’s to come can frighten many as we just don’t know what to expect. However, that is why it is important to learn about dinosaurs, as it helps us better understand the effects of climate change.

The traumatic and sudden extinction of most dinosaurs left a mark scientists can still see today through fossils. Scientists can better grasp how rising heat levels affect the Earth and its inhabitants by studying these fossils.

A more light-hearted positive effect that comes from learning about dinosaurs is its intellectual effects on our brains. Studies indicate that children who have extreme interests in dinosaurs may have higher intelligence levels. The theorization for this effect arises from the child’s ability to maintain concentration and perseverance, which helps develop cognitive skills like complex thought.

If you have a child with an intense fascination with dinosaurs, you likely want to encourage that with the most accurate dinosaur figures. At Creative Beast, we pride ourselves on our highly detailed and accurate action figures. Check out our Beast of the Mesozoic Ceratopsian series today to see what we mean. Your kids will marvel at these stout and powerful beasts that provide endless fun and teach us so much.

As many of us know, dinosaurs roamed the Earth for nearly 165 million years, and they had more than enough time to sustain evolutionary changes. Thankfully, our discovery of dinosaur fossils has helped scientists develop critical theories like evolution.

Although there is a minuscule number of preserved fossils compared to the many long-gone beasts that trotted these lands, they still do an excellent job adding pieces to the puzzle. These fossils show the story of evolution, providing evidence that although the animals we know today are vastly different from the beasts of yesteryear, they share traits that indicate evolution.