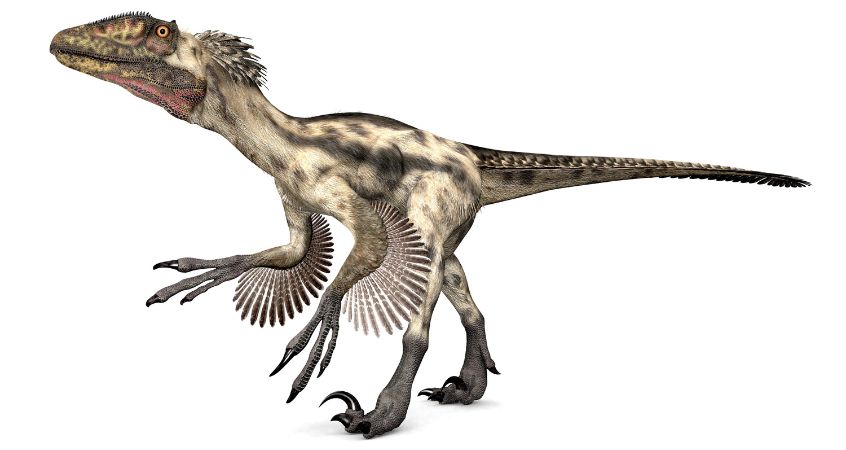 The Dromaeosaurus is a genus of the Dromaeosaurid theropod dinosaur, known more informally as the raptors, a term popularized from the famous film Jurassic Park. While that movie may have spread some inaccurate information, we can thank this film for the spotlight it gave to these fantastical beasts that once traversed the earth. Keep reading for five fun facts about Dromaesaurus for kids.

Despite the fact that Dromaeosauridae translates from Greek to mean “running lizard,” certain factors indicate their behavior was much more bird-like. For example, their feet and legs resemble modern birds like eagles and hawks. As such, their body makeup helped aid theories that dinosaurs are more closely related to birds than previously hypothesized.

These amazing dinosaurs had a “killer claw” or “terrible claw” with a sickle shape that could quickly render their prey immobile. The Dromaeosaurus was nothing short of a finely-tuned and efficient killing machine. However, they have more than their “killer claw” to thank for their stealth and aptitude at catching prey.

Although the Dromaeosaurus had flashy killing claws to assist them, they depended more on their crushing jaws to kill their prey. In fact, they had quite a ferocious bite for their size. Their bite was stronger than the Velociraptor despite being nearly one-third the weight.

When we imagine velociraptors, we picture large and heavy beasts that we would cower in fear over. That is why it might surprise you to know that the Dromaeosaurus was rather small. In fact, they weighed around 30 to 100 pounds, were only about six feet wide, and only stood about a foot and a half tall. To put this into perspective, they weren’t much bigger than a large family dog—this is a fun fact about Dromaeosaurus that kids will love. Thankfully, your kids can’t ask for this dinosaur as the new family pet.

The first discovery of the Dromaeosaurus occurred in 1914 by paleontologist Barnum Brown. Originally, paleontologists hypothesized that this dinosaur was nearly two to three times larger than it was. This speculation was due to the relatively large size of the Dromaeosaurus skull and feet. It wasn’t until nearly decades later that discovering more fossils from this type of sample helped gain its classification and more accurate sizing.

Do you want to see the Dromaeosaurus up close and personal? Shop with us at Creative Beast! We have velociraptor figures with historically verified characteristics that are ready for you to add to your collection.