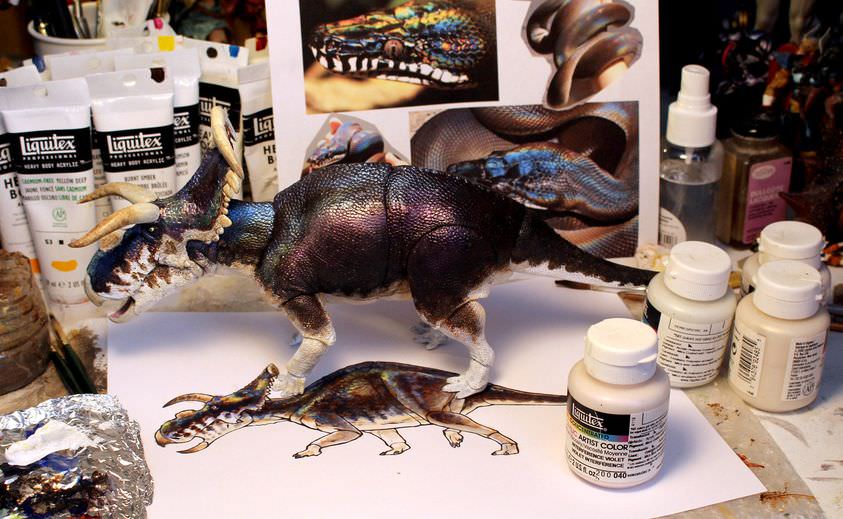 The painted prototype for the Beasts of the Mesozoic Fans’ Choice Medusaceratops is now in progress! Despite mimicking the iridescent look of the White-Lipped Python, the paints used here are actually called interference paints. And while these colors don’t change with light, they can give the illusion of color change when applied in the proper arrangement, which is a really interesting effect that I don’t think I’ve seen done before on an action figure. This will definitely be a standout color scheme among all of the BotM dinosaurs!