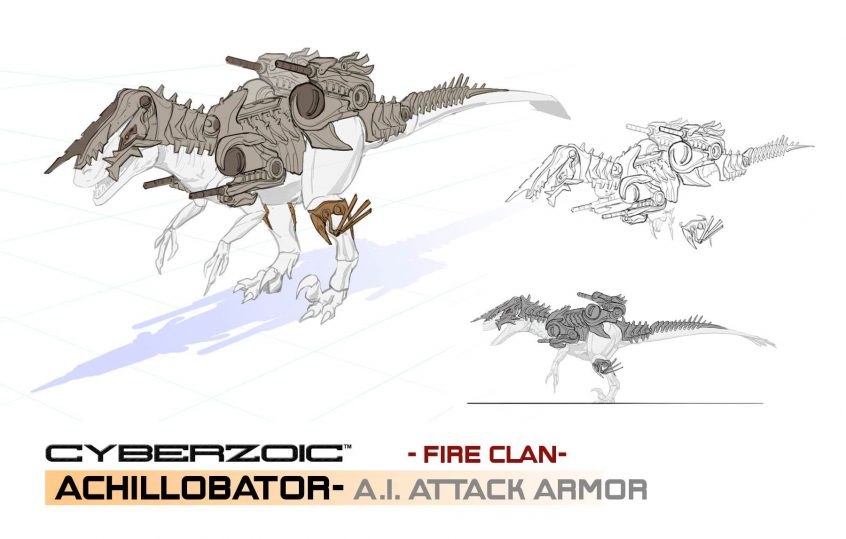 No April Fools here, it’s time for another Cyberzoic Friday! You all have seen the designs for the Tech Clan Utahraptor, well, meet its opposition- the Fire Clan Achillobator! This Fire Clan set will feature a deluxe armor that can convert from dinosaur armor into a robotic animal!
‘In response to the Tech Clan’s converting armor systems for their dinosaur mounts, the Fire Clan collaborated with the robotics experts of the Water Clan to develop their own converting armor systems. Each of these A.I. robot armors are fully functional with or without a host. But when combined with a dinosaur of appropriate size, it can acquire additional attributes as well as having much more energy-efficient mobility. The massive dromaeosaur, Achillobator, was found to be the most compatible host for the ‘Razorhound’ model and which was then mass-produced to create a devastating front line against any advisory.’
More progress to come on the development of this 1/18th scale figure set (rider included), which is planned for release next year. Concept art by Ross Persichetti. Achillobator sculpt by Jake Baardse. 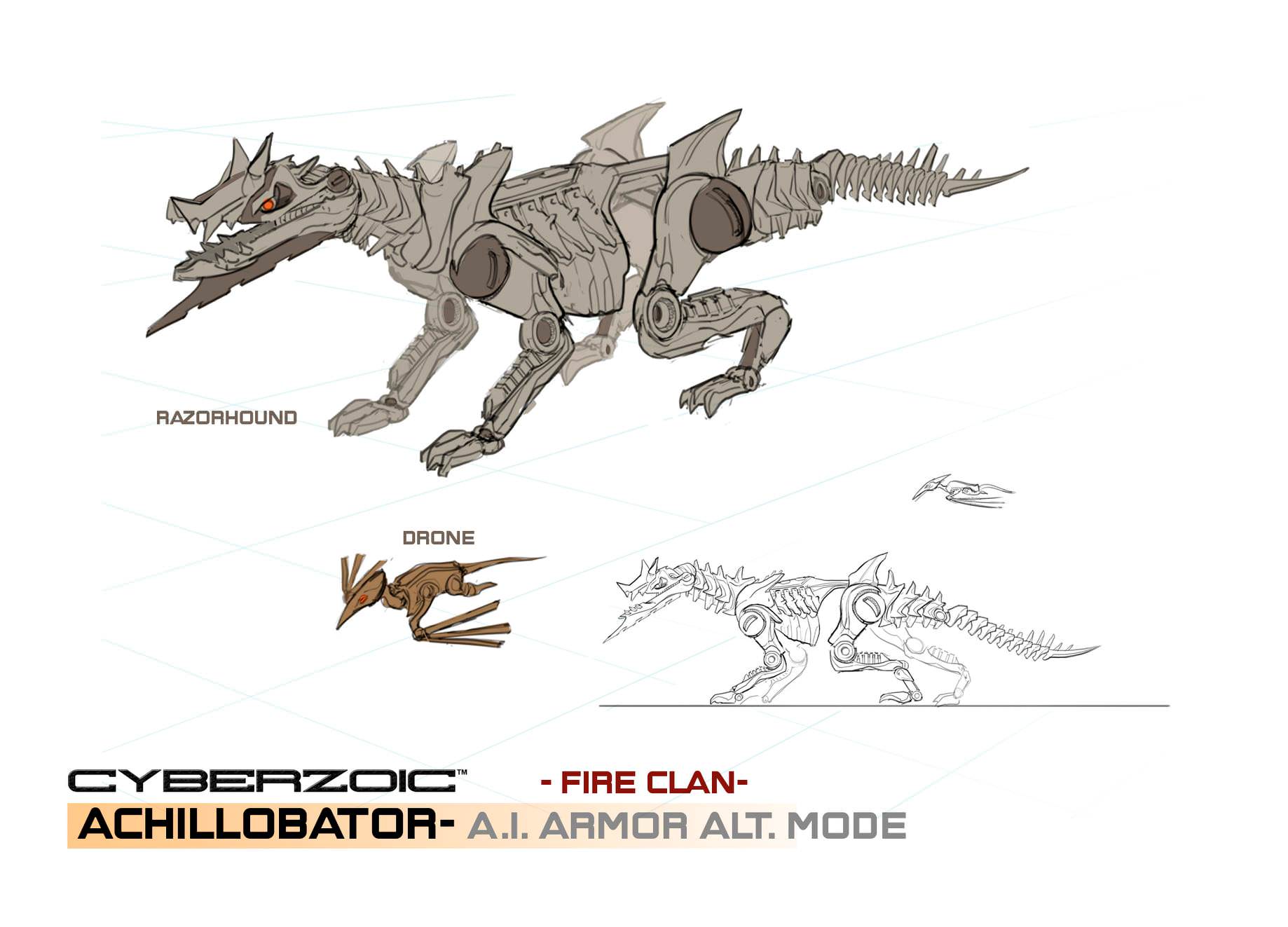 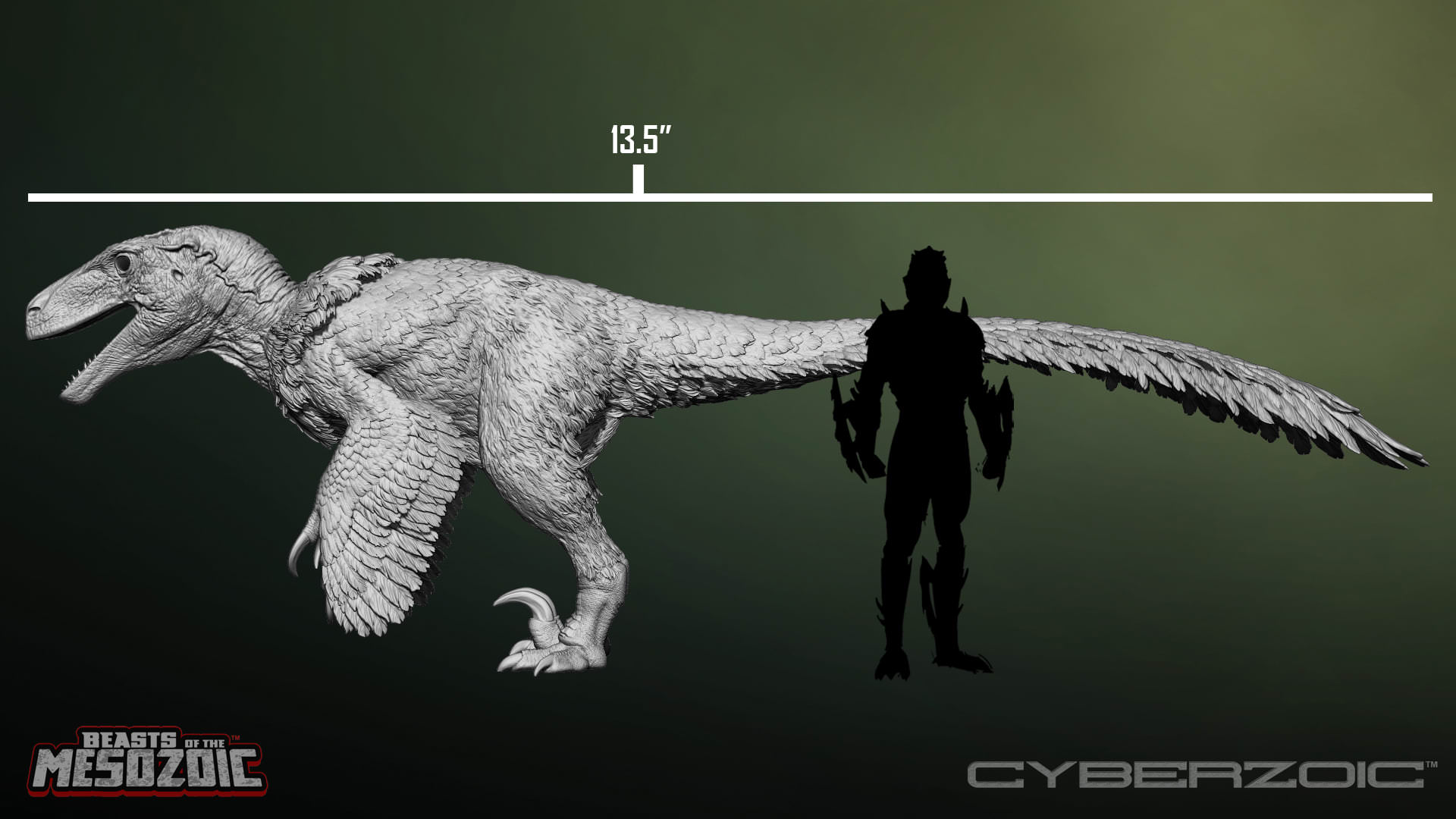 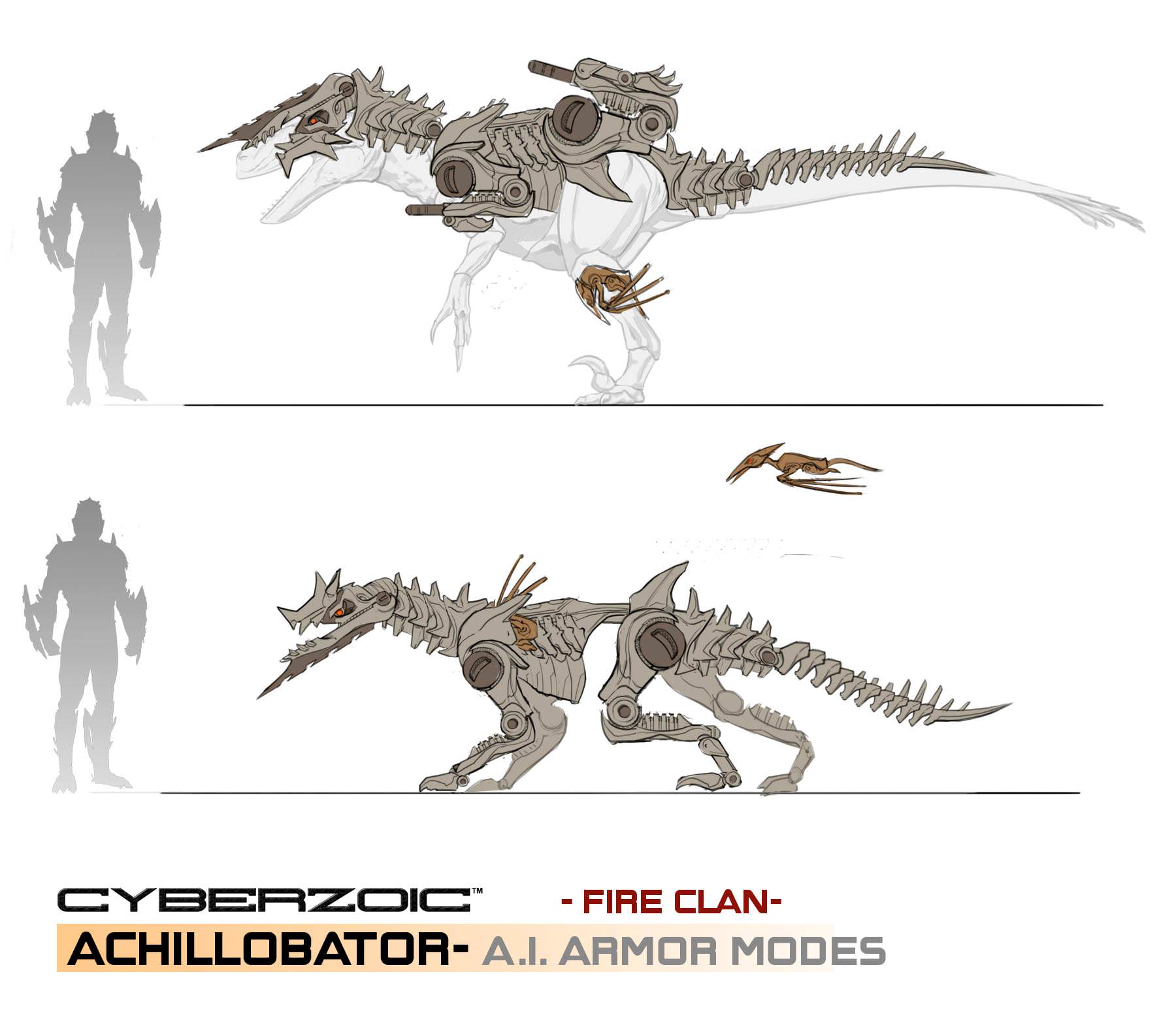