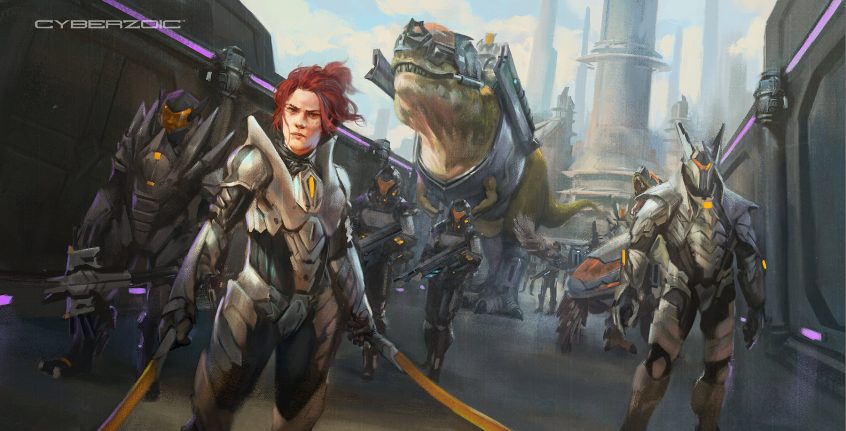 For today’s Cyberzoic Friday reveal, we get a glimpse of the citadel capital of the Technologist Clan and their military:
‘Normally known to prefer solo missions, General Qi’Lara teams up with the Tech Knights on a mission to track down a deserter, whose recent actions could potentially set-off an inter-clan war. Along with the knights Argenteus and Styrac, they head out, leading a battalion into the Fire Clan Dark Region to apprehend the fugitive, prepared for any outcome. However, the true conflict will come when Qi’ Lara is confronted by the fact that their target is actually her own sister.’
Concept art by Raph Lomotan