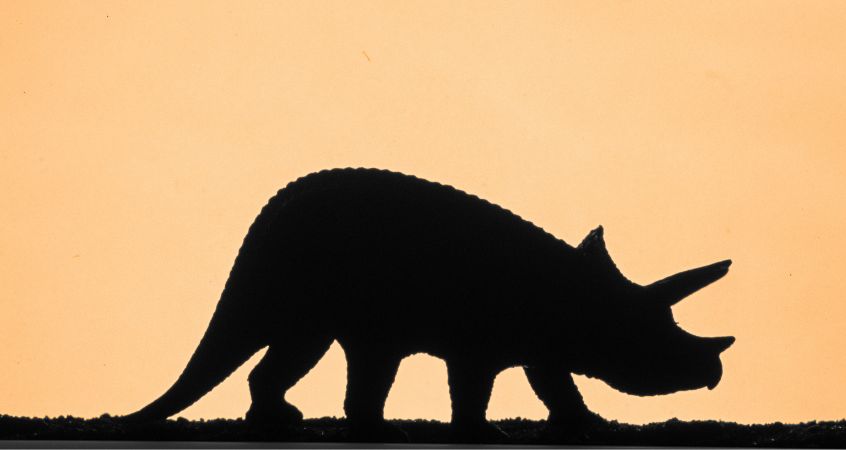 Greek for “horned faces,” Ceratopsian is the name given to a species of dinosaurs that lived during the Jurassic and Cretaceous eras. You are likely familiar with these amazing beasts, as their form is quite unforgettable with their characteristic horns. While you wouldn’t want to find yourself facing the opposite end of these “horned faces,” there is still so much to learn about the different types of Ceratopsian dinosaurs.

The Triceratops is likely one of the most recognizable dinosaurs of the Ceratopsian. The horns on these dinosaurs likely served as a point of protection to fend off predators like the Tyrannosaurus. In fact, a fossil discovered in 1997 of a partial Triceratops actually had a bite out of its horn that matched the bite of a Tyrannosaurus. The horn had even healed, so it’s safe to say those defensive horns did the job well.

The Albertaceratops is a lesser-known dinosaur that was discovered is quite recently, in August of 2001. What is more interesting is that only one fossil of this dinosaur exists, but it is very well-preserved. The discovery brought about a skull and almost an entire skeleton of the Albertaceratops.

While not much remains of this incredible beast, you can still view it in all its glory here at Creative Beast. Check out our Beasts of the Mesozoic: Ceratopsian series today to get a look at these unimaginable dynos. In fact, every one of the dinosaurs we have listed here is available as dinosaur action figures at Creative Beast.

This dinosaur certainly has the coolest name of the Ceratopsian, as its name translates to “devil-horned face.” So what made this type of Ceratopsian dinosaur so different it deserves such a spine-chilling name? The Diabloceratops garnered its devilish name from the large protruding horns that curved out both sideways and upwardly. That makes four massive horns on this incredible beast, which would certainly have you running the other way.

The Einiosaurus is a little different from its fellow Ceratopsidae, as it had an eye-popping nasal horn that protruded from its snout and curved in a downward fashion. As an herbivore, its diet consisted entirely of plants, so you would have most likely found an Einiosaurus near a lake or shallow water, searching for its next meal in the accessible shrubs.