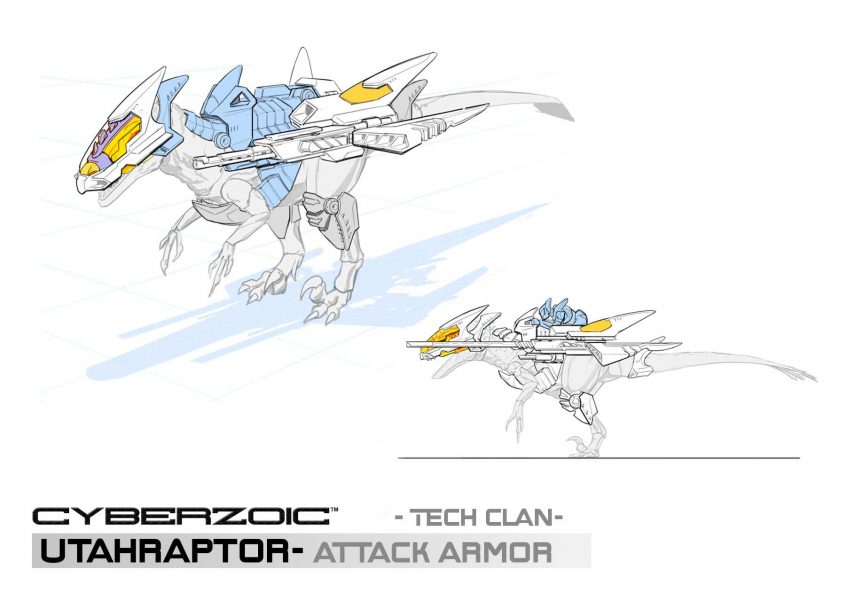 It’s Cyberzoic Friday! Each Friday, we’ll be delving into this new world with ‘first-looks’ at the toy designs, characters, creatures, and environments of this new world, as well as learning more about the story and mythos. Today we take a look at the concept design for one of the first planned action figure releases- the Technologist Clan Utahraptor! This will be a deluxe release, which uses specially-designed armor with an alternate configuration into a vehicle mode for the pilot!
‘The Utahraptors comprise the core ground infantry for the Technologist Clan. With their speed, artillery range, and vast numbers, these armored Dromaeosaurs will often take down their opponents with ease. Their specialized pilots can also temporarily split the armor for an air attack, to take on additional threats.’
Stay tuned for progress on the development of this figure set, which is planned for release in 2023. Action figure concept art by Ross Persichetti. 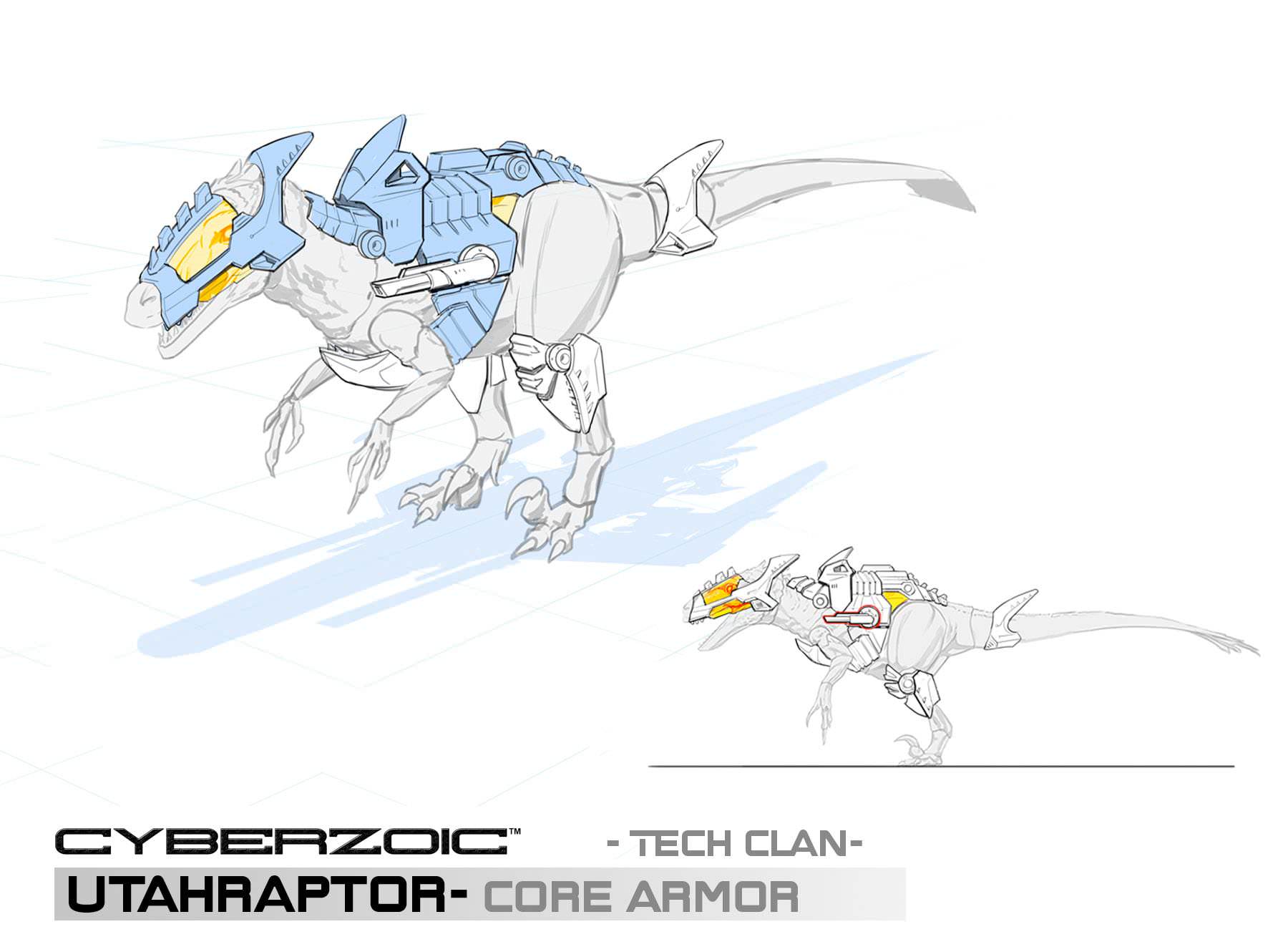 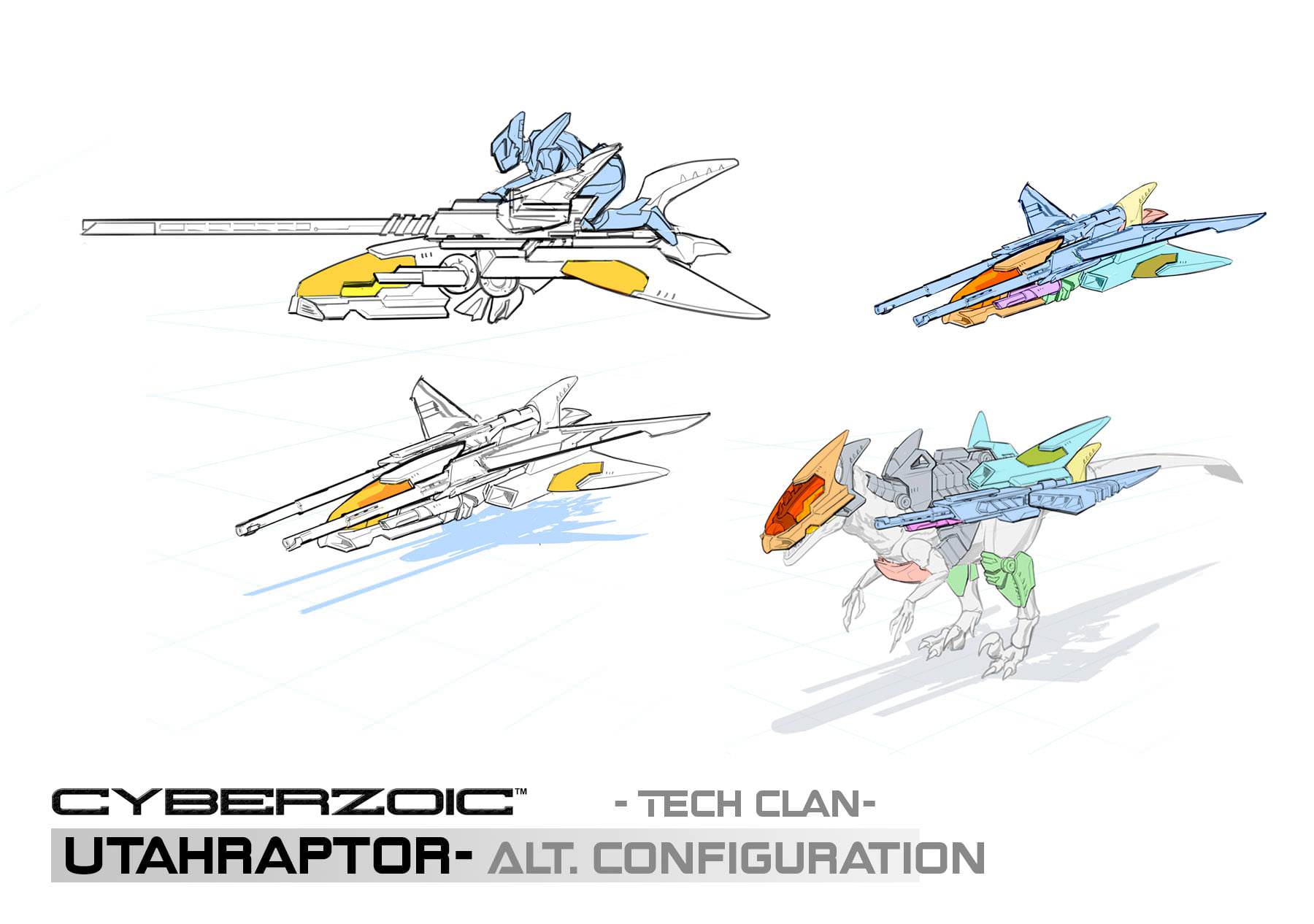