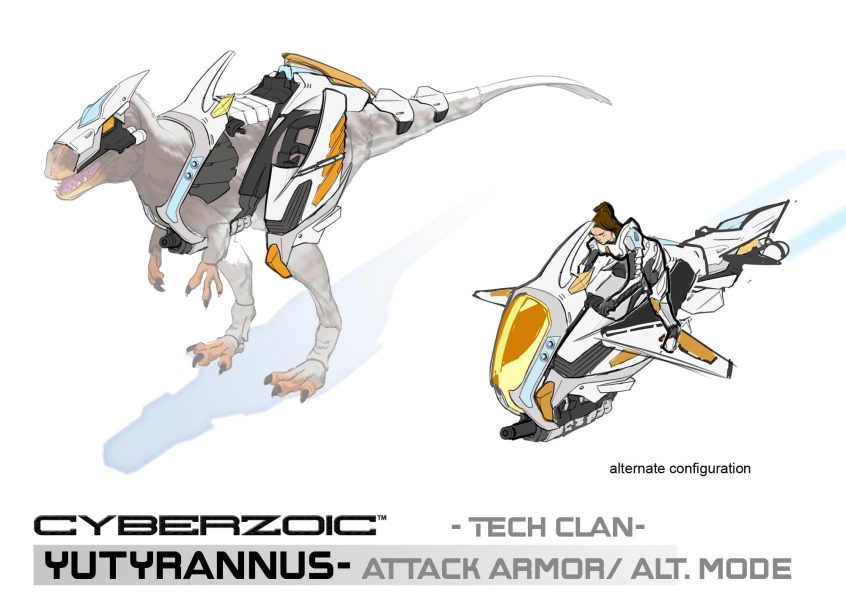 It’s time for the latest installment of Cyberzoic Friday, and today we we have a look at the Yutyrannus armor design!
‘More accustomed to the Arctic climate, the Yutyrannus is an unusual species for the Tech Clan army, which mainly occupy more temperate lands. Its rider, Daughter of the Tech Church and military general Qi’Lara, is no less an anomaly. Yutyrannus is one of the few Tech Clan dinosaurs with a true owner and not simply military property assigned to a ‘pilot’. While this arrangement goes against the traditions of the Tech Clan, the duo’s effectiveness in battle is legendary, thus their unconventional methods are often allowed.’
There’ll be plenty more on General Qi’Lara and her loyal Yutyrannus as this story unfolds!
Concept art by Ross Persichetti. 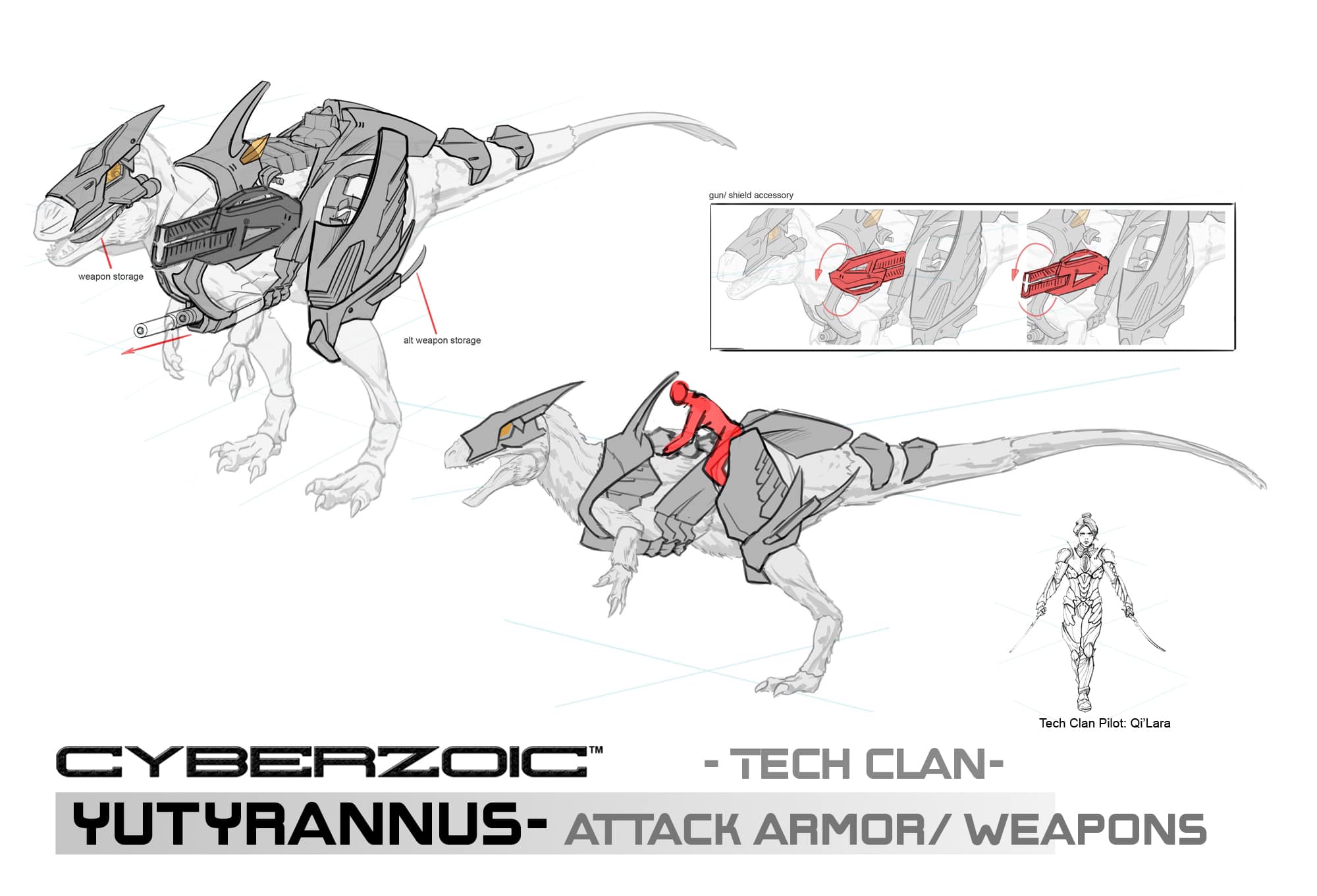