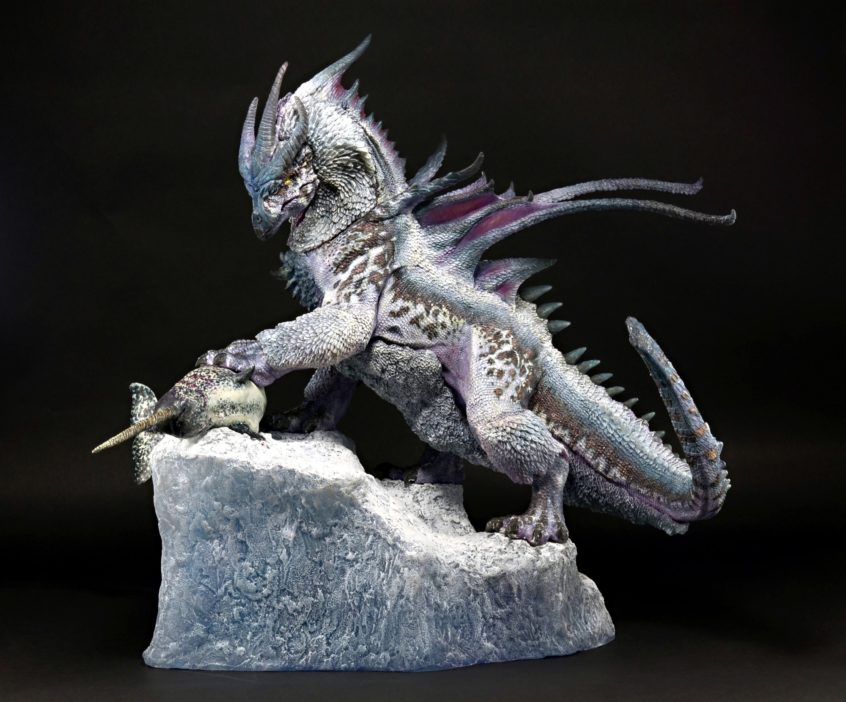 I wanted to thank everyone who gave their feedback yesterday regarding the Dragon action figure development. It looks like the Arctic Dragon has the most votes to be the first figure for the line!

Plans are in place now to begin with the prototype as soon as possible. The action figure will be based on the Arctic Dragon model kit pictured here. The base will be omitted for the action figure and accessories, if any, are not yet confirmed. I’ll be sure to keep everyone informed on the process as it develops.

I also wanted to answer some frequently asked questions that have been asked regarding this figure:
-‘Are you still doing the Tyrannosaur Series?’ –

Yes, that is still number one priority. A final list of offerings is nearly completed and the first sculpting has begun.

-‘Did you design the McFarlane Ice Clan Dragon?’ –

Yes, but I did not get to sculpt it. The Arctic Dragon here represents my attempt ten years later to create the best version of that general concept.

-‘Will there be a Kickstarter for the Dragons?’ –

Not necessarily. I may release the Dragon figures one at a time as compared to doing it by series and will only crowdfund if absolutely necessary. At the very least there will probably be a pre-order window to determine the production run.

-‘Will the Dragons be part of Beasts of the Mesozoic?’-
No, it will be under a different brand title, but they will be designed to fit in with the ‘Beasts’ figures.
And if anyone is interested in seeing more photos of the Arctic Dragon, including the sculpt, there are many more photos here: www.creative-beast.com/124th-arctic-dragon/