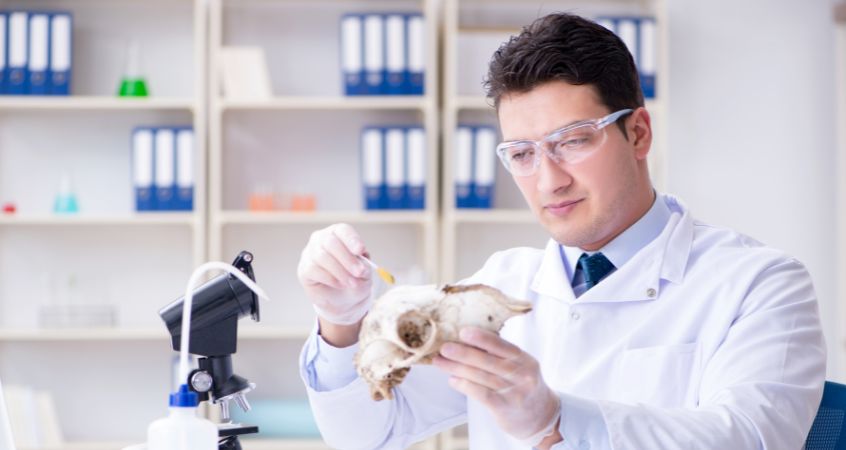 It is amazing to think that we are able to accurately imagine what a dinosaur looks like. This ability to picture and depict them so clearly is possible thanks to the tireless research scientists have done to piece together the puzzle of history. We continue to learn more about dinosaurs every day, which helps sharpen their image.

The more we can understand what dinosaurs look like, the better we can learn about their habits and lives. One crucial piece to this puzzle comes in knowing the color of dinosaurs, but how do scientists discover this?

For the longest time, it has been acceptable for paleontologists to use modern examples to help them assume the colors of dinosaurs. Paleontologists would look to reptiles and birds as a reference to assist them with creating a vision of what we can imagine dinosaurs looked like. While this is technically guesswork more than anything, it was the best option for scientists at the time.

It has been difficult for paleontologists to discover the various colors that dinosaurs flaunted. The issue with this is that some pigments don’t age well and degrade significantly, so it can be impossible to tell the original color.

Moreover, until relatively recently, paleontologists thought that fossils could not indicate color, as there needs to be organic matter to infer pigment. However, a discovery led scientists to realize that you could find certain colors in these fossils, which was a massive step toward knowing the color of dinosaurs.

When scientists looked at fossils under a microscope, they saw tiny blobs they wrote off as a biofilm. However, they discovered these tiny blobs were actually melanosomes. Melanosomes have various shapes and patterns—these differences indicate different colors. As such, paleontologists were able to develop a more accurate depiction of dinosaurs and their colors.

Paleontologists have been able to portray various dinosaurs more accurately thanks to the knowledge obtained through well-preserved fossils. When looking at the melanosomes on a feathered fossil of a well-preserved Microraptor, scientists noticed their arrangement was similar to the iridescent and glossy coats of blackbirds today. The Microraptor likely had those same iridescent blue-black feathers we are familiar with today.

Another exciting discovery was uncovering the earthy hues of the Psittacosaurus, which was about as small as a Labrador retriever. Paleontologists hypothesize this dinosaur was an excellent meal for many predators, so it had to evolve to appear less conspicuous. In looking at the melanosomes of the Psittacosaurus, scientists found it was predominantly brownish in color with lighter hues on its underbelly.

Meanwhile, the unique shading and striped patterns discovered on the remains of the Sinosauropteryx—a long-tailed theropod famous for its primitive feathers—could reveal more about the dinosaur’s native habitat. Comparing the melanosomes to modern birds revealed that this dinosaur was likely reddish brown in color.

Our vision of dinosaurs grows more accurate every day. If you want an up-close and personal look at these amazing beasts, check out our dinosaur action figures. At Creative Beast Studio, we are passionate about providing you with the most realistic and precise depiction of the many prehistoric beasts that roamed this Earth.