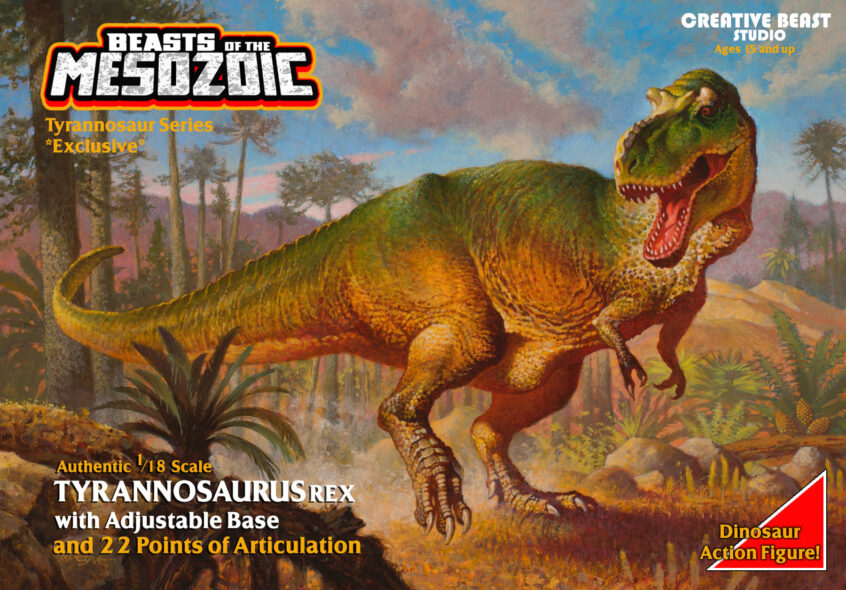 UPDATE: After hearing from several fans concerned about missing out on the limited run ‘Dino Riders homage’ variant T. rex figure (to be offered tomorrow during the Beasts of the Mesozoic Tyrannosaur Series Kickstarter) I’ve decided to change its availability from ‘limited’ to ‘exclusive’. This means that anyone who backs the Kickstarter will be able to order this item with no restrictions on quantity and it won’t sell out during the campaign. Backers will also have a short period of time to add the item to an order in BackerKit after the campaign, funding permitting. In addition, the ‘Walking with Dinosaurs homage’ 1/35 T. rex will also be a Kickstarter exclusive and again will not be limited to quantity. The production numbers for these will be directly based on the Kickstarter backer pledges and neither are planned for a retail release. These special versions are purely a bonus and a ‘thank you’ to the fans who help make these figures possible, and I want to make sure that anyone backing the project has the opportunity to pledge for these items, even up to the final day.
And while we’re on the topic, here are two package mock-ups for each of the special exclusive figures, featuring the art of Ezra Tucker and Raul Ramos respectively. Less than 24 hours now until the launch- check back tomorrow for the campaign link!