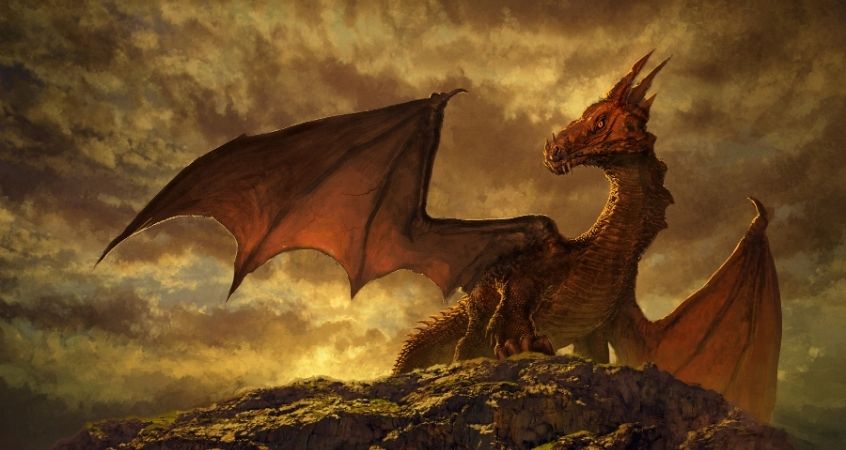 It’s hard to say whether dragons have ever been a part of this world or if they’re merely fantasy. We know there are no fossils or remains proving these creatures were real. This leaves them in the categories of mythology or fantasy. It’s peculiar, however, that stories of these beasts occur across the globe. The fantastic origins of dragon lore seem to derive from the existence of many different creatures that have been proven to be real.

Many people picture a giant, lizard-like, scale-covered animal with four legs, two wings, a powerful tail, and the ability to breathe fire. This imagery most likely comes from the dragons represented in many modern movies, television shows, and books. The “real” dragon in many different countries is said to have mainly resembled a serpent.

Depictions of different types of dragons depended on the regions from which they hailed. For example, an Arctic dragon, which is depicted in our fantasy dragon model kit, would be found in an icy area and have specific physical features to blend into the rocks and snow.

Though present in many cultures’ descriptions of dragons, serpentine features weren’t the only ideas people had about dragons. Many stories explain features that resembled an eagle’s claws, wings, and stance or the heads of big cats in addition to the scales. Some stories also described different temperature regulation mechanisms and the eyes of a more reptilian creature.

Anthropologist David E. Jones theorized that the dragon is a combination of animals instilled in the human brain by an innate and primal fear and a need to protect ourselves from large and dangerous animals such as big cats, giant snakes, birds of prey, and elephants. In other words, our brains combined the characteristics of the beasts we deemed most dangerous. This was to allow us to have a healthy fear of animals that could kill us.

There’s much speculation about where the fire-breathing element came from. Some people think it arose from the imagery of a great beast that breathed fire and guarded the mouth of hell. Others hypothesize that the powerful jaws of a dragon could grind up metal-rich rocks. The residue would mix with a release of hydrogen and methane-rich gas (dragon’s breath), which would ignite when combined with oxygen. This would create images of fire being expelled from the mouth of the beast. Imagine the sight of spraying aerosol next to a flame.

There’s so much conjecture surrounding the fantastic origins of dragon lore. Cinematic depictions of these creatures have made it harder for us to paint our own pictures of what we think a beast like this may have looked like. With no fossils for us to look at, these monsters are some of the most elusive animals referenced in history.