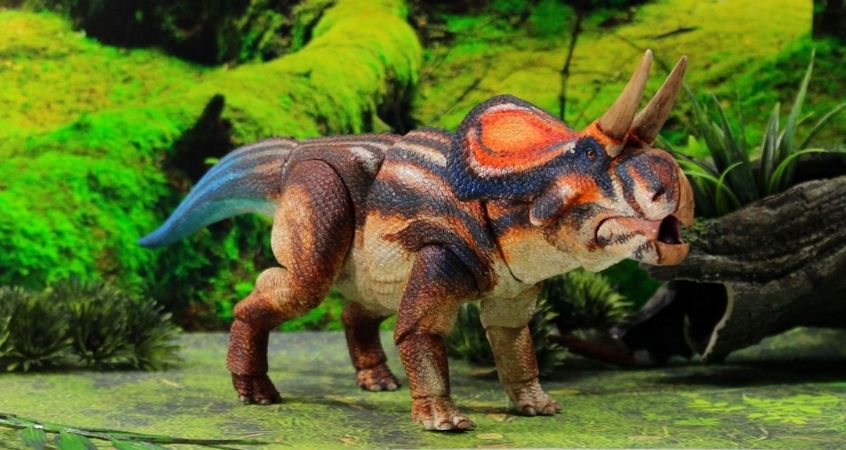 The Zuniceratops was a relative to and resembled the more known horned Ceratopsidae dinosaurs, such as the Triceratops. Based on the findings of these beast’s fossils, they lived in the region now known as New Mexico, USA. Following the history of the Zuniceratops will give you a new appreciation for some of the lesser-known prehistoric creatures that made the existence of our favorites possible.

The Zuniceratops, like its relative, had a large head with a frilled crown and two horns placed above the eyes. However, unlike other Ceratopsian dinosaurs, the Zuniceratops lacked the third horn (nasal horn). It had no epoccipital bones (the bumpy bones that lined the outside of the frills) that their distant cousins displayed.

The Zuniceratops was also drastically smaller in size than its decedents. This beast was roughly the height of a cow—about three to three and a half feet tall. Whereas the well-known Triceratops was about three times taller. Their brows were believed to have grown larger with age, and their snouts long and low. Creative Beast Studio has assembled high-quality dinosaur figures replicating this pivotal creature. Without the existence of this animal, we would not have had the ever-popular

The differences in appearance between the Zuniceratops and its progeny are notable; however, other features made this creature part of the Ceratopsidae family. It was an herbivore, meaning it grazed on foliage and other plant life. It could defend itself against predators with its strong body and horned head but did not hunt other dinosaurs.

The Zuniceratops is one of the earliest known Ceratopsians in North America. The history of the Zuniceratops paved the way for many beasts to follow. Understanding the difference between this dinosaur and its lineage allows us to better understand the characteristics of its successors and the reasons for evolutionary changes and differences between species.