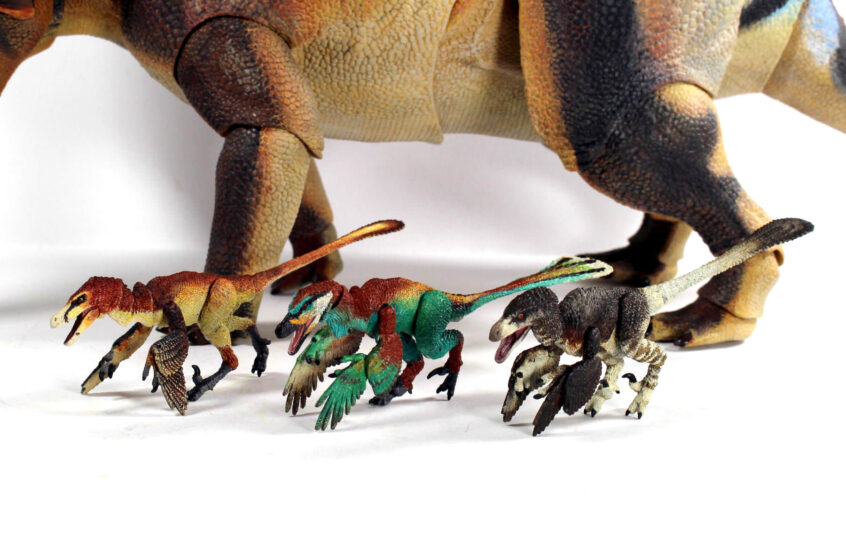 UPDATE: I have some news regarding the resized 1/18th scale Beasts of the Mesozoic Ceratopsians and Raptors. The painted prototypes are all completed now and we’re almost ready to begin the tooling process. However, I feel that managing production for these right now along with the wave 3 Ceratopsians and preparing for the Tyrannosaur Kickstarter may be a bit more than I should commit to at the moment as I want to make sure that all three projects receive the proper amount of attention. I’m also concerned about these releasing so soon after the Tyrannosaur Kickstarter may cause people to have to pass on one or the other due to budget constraints. So with all of this in mind, I feel that it’s best to hold off on production for these little ones until after the Kickstarter and instead plan for a spring 2022 release, with preorders beginning in February. I know this may disappoint some of you who were looking forward to getting these in time for holidays, but I would only put these out if I knew I could give them the proper attention and setting the release date back a bit will help to give each set of figures plenty of room to be worked on effectively. But rest assured, the small raptors and ceratopsians are still being released!