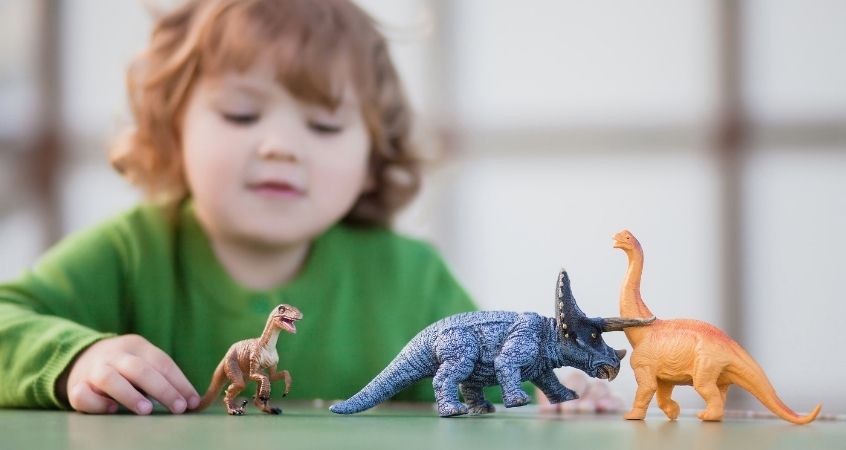 Who doesn’t love dinosaurs? They’re colorful and fun to learn about because they’re so interesting! There are dinosaurs from all climates and sizes, making each one unique. If your little future scientist has a collection of realistic dinosaur action figures, then they’re already on track to learning more about the beasts. It’s no secret that educational toys encourage critical thinking skills and open kids up to a world of knowledge they may never have thought to access before. There are many educational benefits of dinosaur action figures, ranging from play to better understanding these Mesozoic creatures. So check out more of the great things about these cool teaching toys!

Dinosaurs teach us about the past—the world was a different place when they ruled the earth. But by studying dinosaurs, we can begin gathering a better understanding of how things once were. Likewise, we can start asking questions and become more inquisitive. What did the dinosaurs eat? Where did they live? Dino lovers of all ages learn something as they better understand the beast. And the critical thinking skills they develop as they ask questions can only expand their love of all things dinosaur (and education).

The Bonus of Action Figures

People of all ages love action figures, and they have specific benefits for children. One great advantage is that they allow children to build their small motor skills as they grasp and move the figure. This becomes even more important as they explore the world around them.

Dinosaur action figures also provide educational benefits by giving us a better understanding of their shape and physical characteristics, especially when the figures are true to form. One of the many interesting facts to learn is that Velociraptors had feathers. For incredible realistic dinosaur figures, shop at Creative Beast Studio! We’ve got everything from resin molds to figures and kits.

Boosting imagination is one of the most important benefits, since it often leads to increased questions. Playing with dinosaur toys gives a child the chance to explore these creatures themselves as they see which ones had big sharp teeth and which ones had long necks. And through these observations comes improved understanding.

The educational benefits of dinosaur action figures range from increased focus to imagination, but it also drives interest in prehistoric beasts. Nothing’s cooler than dinosaurs—especially to a little scientist hoping to dig up some history. Shop at Creative Beast Studio for dinosaur action figures that look like the real deal!