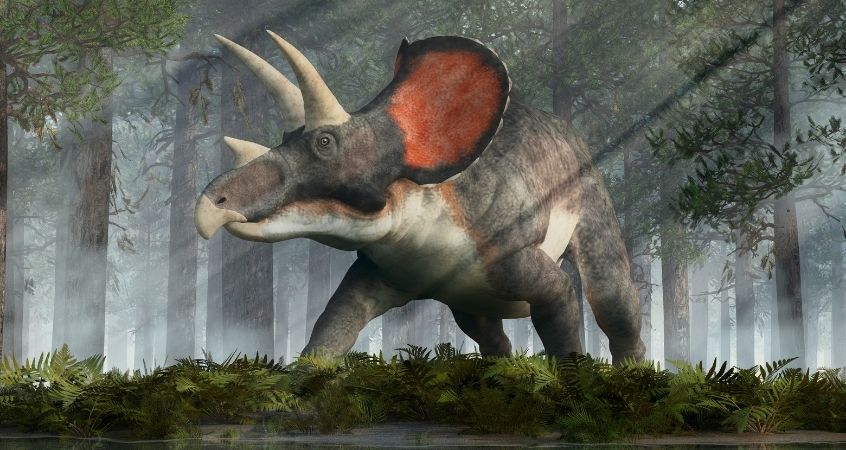 As far as ferocious dinosaurs go, there were countless, but some were more dangerous than others. When we think of prehistoric beasts, we often consider the T. rex the most vicious, yet many fierce creatures existed. Take a deep dive into prehistoric history to discover seven of the deadliest dinosaurs of the Jurassic!

This beast was among the first swimmers and a ferocious one at that. As if that wasn’t enough to make this beast worth the label of hazardous, it was also amongst the massive predators. The Spinosaurus could hunt prey in the water with ease thanks to its paddle-like tail and webbed feet.

While some dinosaurs were dangerous due to their massive size, sharp claws, or hunting tactics, the Majungasaurus makes this list because of the way it killed prey. This beast would chomp down with powerful jaws and hold its game until it died.

Not only was this predator 30 feet long, but it also hunted for prey in packs. Most fossils of this fearsome beast are in Argentina and Chile. This rose-colored theropod was closely related to the Giganotosaurus, which was another predator of the time.

The Allosaurus was dangerous because of key features, like its serrated teeth and sharp claws; however, its strength truly made it a danger. Thanks to this dinosaur’s power, it could take down fellow beasts not just twice but three times its size! Scientists also believe this beast had a great sense of smell and could easily hear low-frequency sounds—both are significant hunting assets.

A list containing the deadliest dinosaurs of the Jurassic would be incomplete without the T. rex. This apex predator wasn’t just massive but also had a mighty bite and powerful claws. Sometimes, it used these sickle-like talons to leave deep wounds on fellow dinosaurs.

The Ankylosaurus was an herbivore, and you’re probably wondering how a plant-eater could pose a threat. However, it and various other herbivores shouldn’t be overlooked because of their diet, as these beasts had multiple ways to protect themselves from those fearsome meat-eaters. The Ankylosaurus, for instance, used its club-like tail to fight off predators.

The Triceratops—among other Ceratopsian dinosaurs—was another dangerous herbivore. Some scientists theorize that they used the horns above their eyes to stab attackers. Despite this key feature, it’s unlikely the Triceratops charged opponents, but its horns still make it a beast to avoid. Creative Beast Studio has various dinosaur figurines and model kit accessories for all Jurassic lovers to enjoy.

Some of the most ferocious beasts existed throughout the Ceratopsian Period. While the T. rex is the dinosaur many think of, it wasn’t the only fearsome carnivore of its time. And carnivores weren’t the only dangerous creatures walking our planet—some herbivorous were threatening too! Shop at Creative Beast Studio to continue fueling your love for dinosaurs!