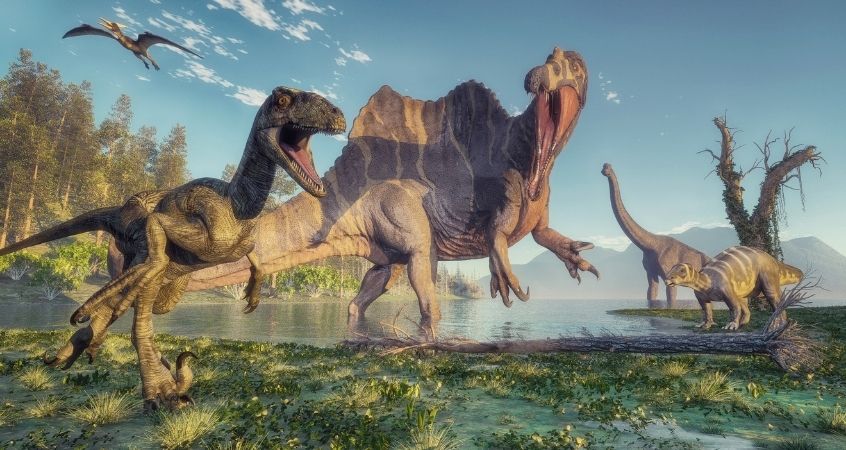 Between books, television, cinema, and schooling, we are aware of many of the dinosaurs that once walked the earth. However, we know that there are many more types we’ve never even heard of. That doesn’t make these amazing creatures any less interesting or remarkable. Here are a few awesome dinosaurs you haven’t heard of that are worth knowing.

The Deinonychus was a type of raptor. Its features were similar to many other types of raptors, as it was a therapod (three-toed) with a sickle-shaped claw that it used to disembowel its prey. Its “terrible claw” extended from its unusually large hind feet. The Velociraptors we see in movies more closely resemble the Deinonychus than an actual Velociraptor, allowing this beast to accidentally fall into the cinematic spotlight. This specific dinosaur led scientists into what was called the “dinosaur renaissance,” which sparked a debate in the late 1960s about whether dinosaurs were warm or cold-blooded.

The Psittacosaurus, also known as the “parrot lizard,” was part of the Ceratopsian dinosaur genus. We are most familiar with the Triceratops in that family, though these two species hardly share any resemblance. This beast existed in the early Cretaceous Period in what is now Asia. What’s really interesting about this creature is that it is known for being one of the most species-rich dinosaur genera. This means the number of different species represented by this type of dinosaur was widespread throughout many regions of the world, rather than one small area.

The Therizinosaurus was a large Therizinosaurid. This means they could range in size depending on their type, though they were generally huge. Additionally, they were theropods with a build that was similar to raptors, with hollow bodies and three-toed-limbs. Still, these dinosaurs stood much taller than other theropods. It used its claws mostly for defense, as its diet consisted mainly of plants, though it is believed to have enjoyed dining on other dinosaurs on occasion. Due to these dietary practices, this beast should be deemed an omnivore. These creatures existed during the Late Cretaceous Period.

All three of these awesome dinosaurs you haven’t heard of were fierce and are worth knowing more about. In many ways, they are closely related to those other pre-historic beasts we know by heart. Creative Beast Studio has brought each of these creatures to life to help dinosaur enthusiasts continue to explore the animals that made up the Mesozoic Era and existed as relatives to more popular dinosaurs. Our high-quality dinosaur figures allow you to see and investigate each of these creatures, rather than just imagining what these animals would have looked like.