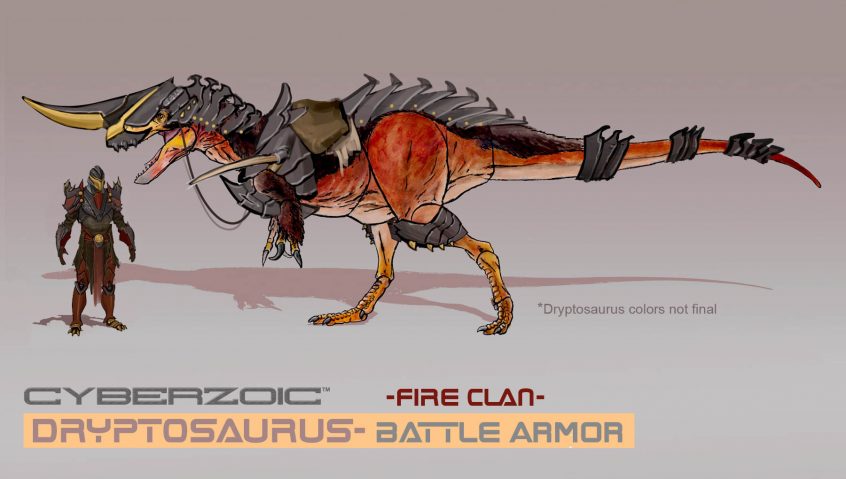 It’s time for our weekly dose of Cyberzoic! Today we learn more about the formidable Fire Clan.
‘Cast out to the Dark Lands by the Technologists hundreds of years ago, the first members of what would become the Fire Clan were expected to die off quickly due to that region’s deadly conditions. But through their resourcefulness and a burning rage for revenge, these early settlers would be made stronger by their struggle, forging determined and creative warriors, each worth ten Technologist soldiers. An alliance with the Dragons of this land, who were also outcasts among their own kind, created a powerful force against their oppressors. Early on, the Dragons would assist with night raids on Technologist camps allowing them to capture enough of their dinosaur stock to breed their own, as opposed to cloning, eventually creating farms and forming bonds with the creatures. What technology they do possess is limited to warfare and defense, and is often provided to them by their ‘allies’ the Water and Desert Clans.’
Here’s one of the Fire Clan dinosaurs, as teased previously- Dryptosaurus! The design is close to final (except for the color). Also included are the preliminary designs. Concept art by Ross Persichetti. 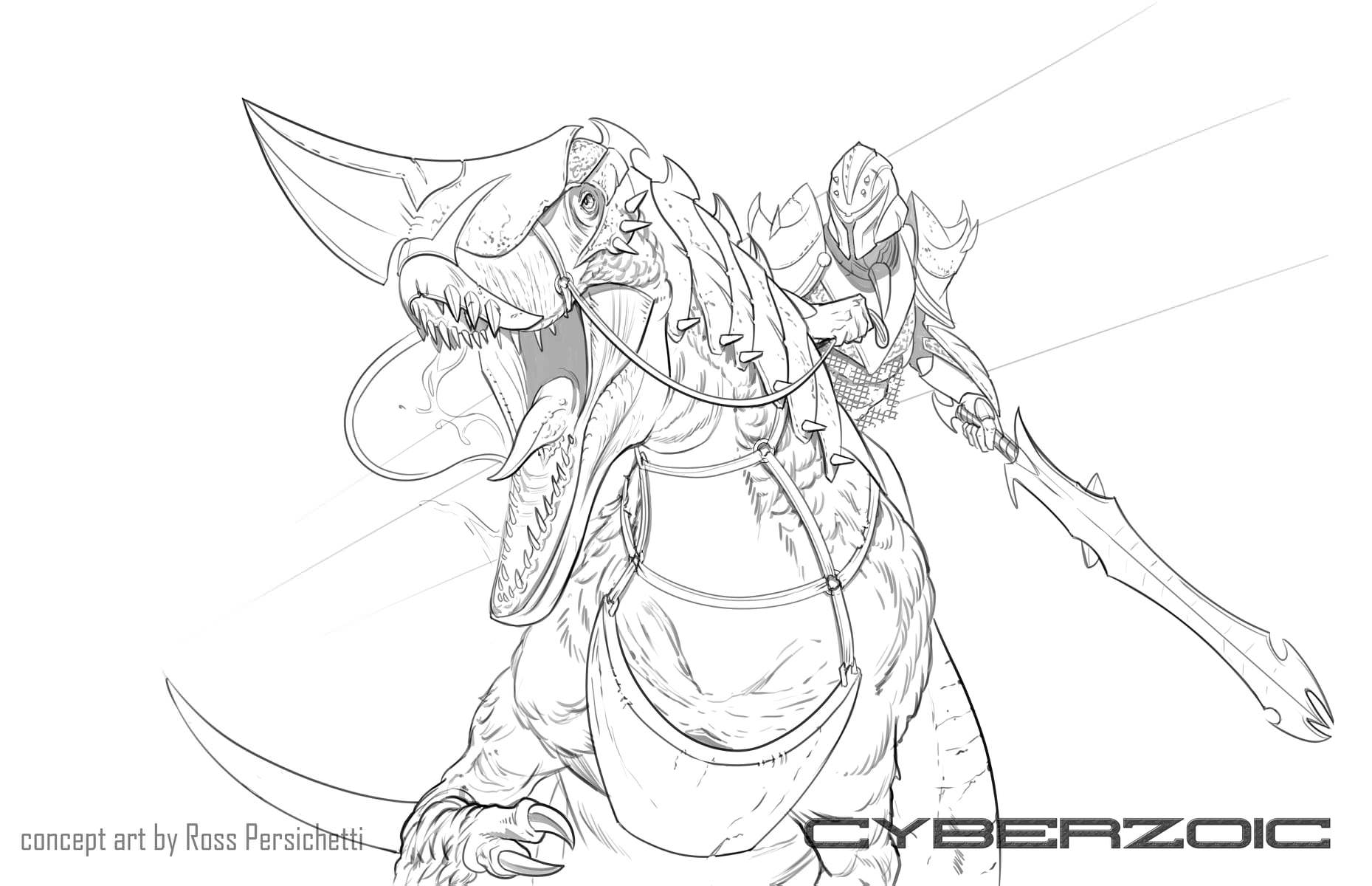 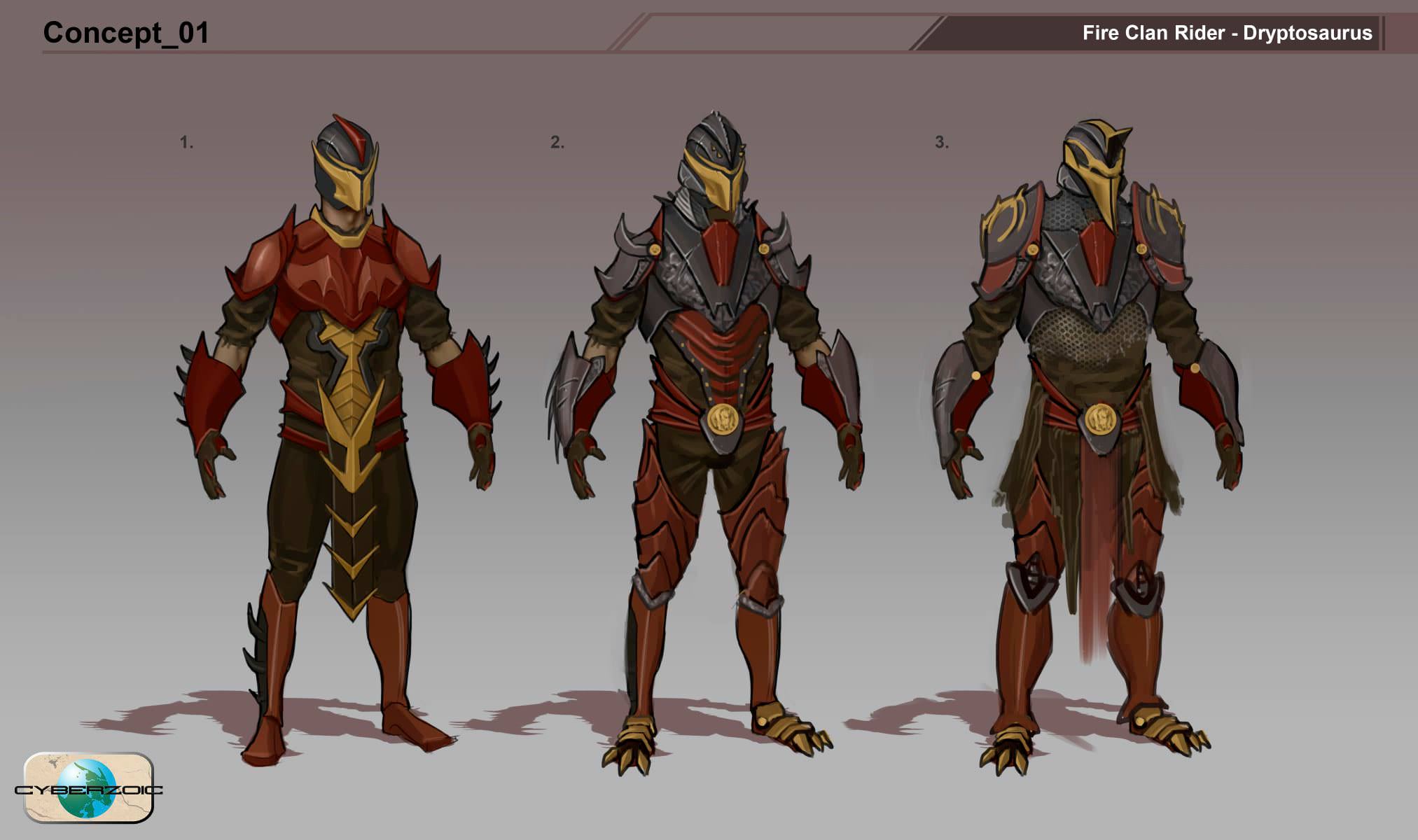 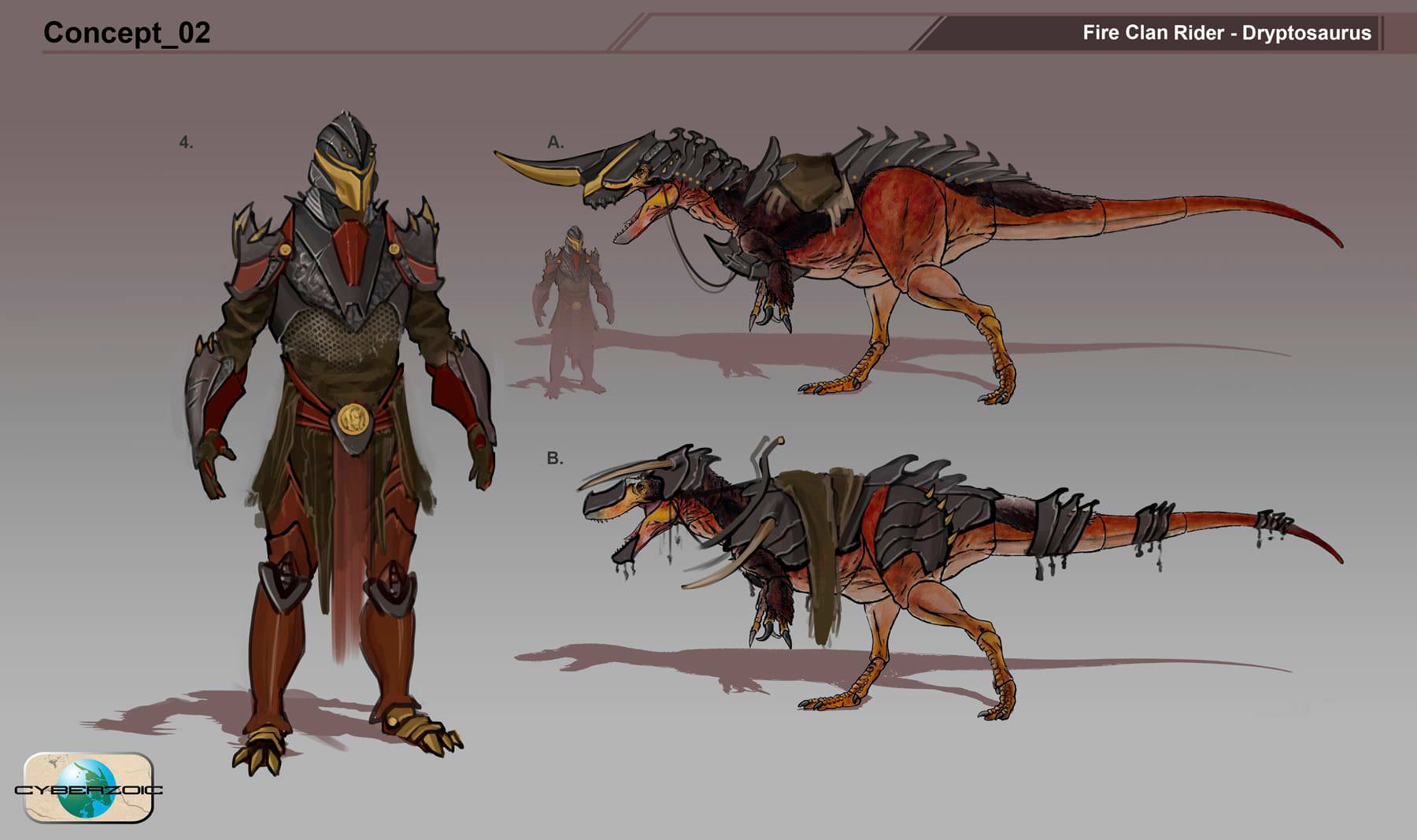