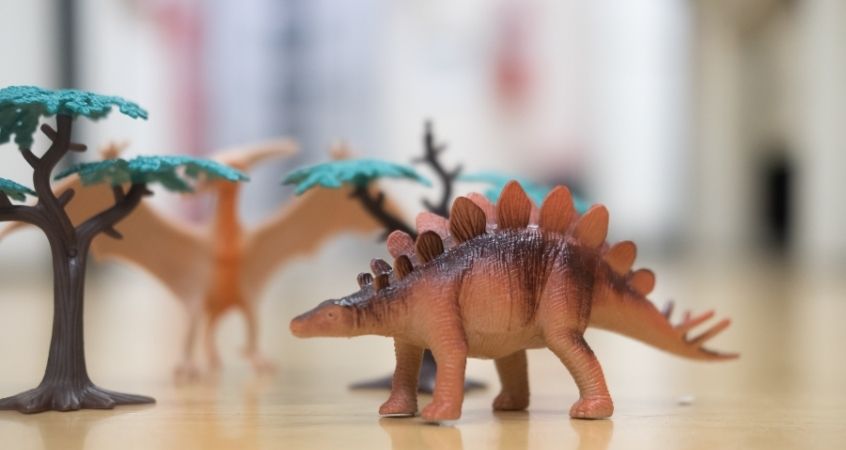 If there’s one toy everyone wants when they’re a kid, it’s a toy featuring one of the mightiest beasts ever to roam the Earth: the dinosaur. Dinosaurs often spark a kid’s interest in STEM, change their perspective of the world around them, and—let’s be honest—they’re just plain cool. Whether you have a kid or are a kid at heart, these are some of the best dinosaur toys to collect this year.

National Geographic has provided eye-opening articles and programs about history, geography, world cultures, and science for over 130 years. And that same tradition continues with their line of STEM-based toys. There are several dinosaur-themed toys in this collection, but by far, one of the best is their dinosaur egg hunt kit.

This kit includes several dinosaur “eggs” and tools that kids can use to dig their way into them. And each egg contains a different type of dinosaur that kids can identify using a full-color guide. Since there are multiple dinosaur figurines, this is a great toy to bring to a dinosaur-themed party and inspire a whole generation of future paleontologists.

Monopoly is one of the most bought and played board games in history. There are over 300 different Monopoly variations with themes ranging from Star Wars to bass fishing. So it should be no surprise that there is a dinosaur-themed monopoly: Dino-Opoly.

Dino-Opoly is the same set-up as Monopoly, except instead of buying Park Place and Pennsylvania Avenue, you can buy Pachycephalosaurus and Parasaurolophus. This version of the game replaces the four railroad stations with the Mesozoic era and the three periods within it: Triassic, Jurassic, and Cretaceous. There are also quiz cards that give players in-game bonuses for their knowledge of dinosaur facts.

But when it comes to the best dinosaur toys to collect, you can’t go wrong with the classics. And you don’t get more classic than detailed dinosaur figurines.

There are many figurines out there, depending on whether you want to play with your dinosaurs or admire them on your shelf. For the latter, getting resin figures is the best option for highly-detailed and accurate dinosaurs. Otherwise, you can find reasonably detailed plastic figurines that are also rugged enough to withstand playtime. You can find both action figures and model kits of realistically detailed dinosaurs here at Creative Beast Studio.