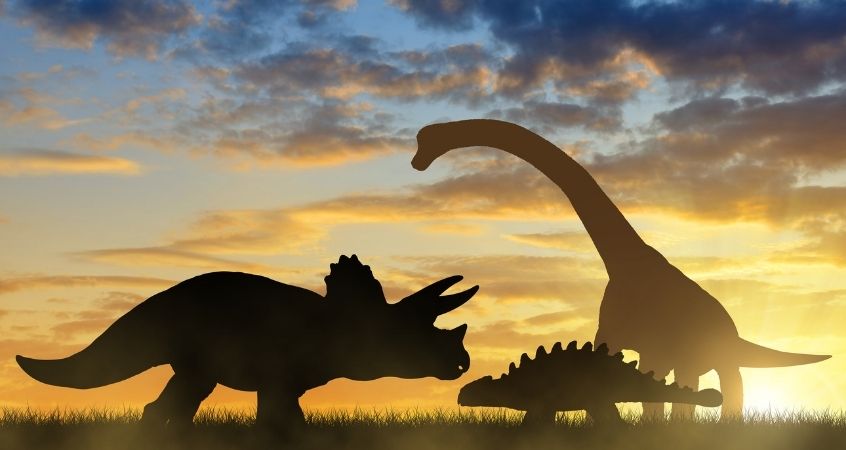 All sorts of things reveal something different about our personality, from our hobbies and interests to your go-to beverage. However, when it comes to the many beasts of the Mesozoic, each one was vastly different. While some were fearsome predators, others were docile. Everyone has a dinosaur they like best, so find out what your favorite dinosaur says about you!

The Stegosaurus was typically a docile creature, but one born to protect itself thanks to the spiky plates along its spine. Those who love this beast are usually easygoing but may appear a little guarded when first meeting someone new. Like a real Stegosaurus, you’re protective of yourself and those in your inner circle.

Thanks to popular films like Jurassic Park, many individuals love Velociraptors, which had feathers, contrary to the movies. If you find yourself drawn to this predator, you may have a bit of a short temper and a blunt approach. Not only that, but you’re also speedy and quick-witted; after all, their name does mean “swift lizard.”

The Ankylosaurs were another herbivore with skin equivalent to a bony armor body. Those who love this dinosaur are always ready to jump on the defense to protect themselves or their loved ones. Also, if this dinosaur is your favorite, there’s a good chance you also have an interest in tanks or armor since these beasts always looked ready for a fight.

Most dinosaur lovers, from kids to adults, love this apex predator. At first glance, the T-Rex seems a bit like a real-life monster, massive and deadly. Of course, if this is your favorite dinosaur, it doesn’t necessarily mean you’re scary. Those who love the T-Rex are usually great leaders with lots of friends. You’re not afraid of expressing yourself and will do whatever it takes to meet your goals.

While we often think of the T-Rex as the biggest beast to rule the land, the Spinosaurus was the largest carnivore to walk Earth. Since this was one of the first beasts to take a leap of faith and go for a swim, you’re more than likely up for any challenge life throws your way, and you’re adventurous! Rather than scare you, trying new things sounds intriguing, often leading you to fascinating discoveries.