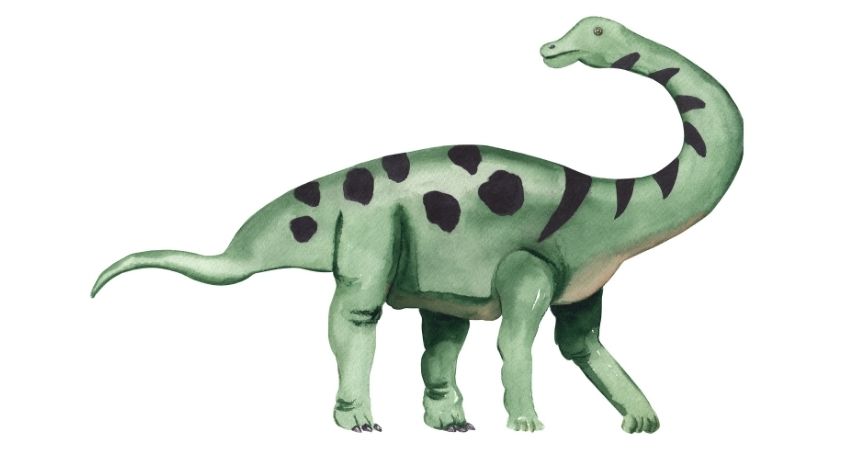 The Cretaceous Period was a fascinating time in Earth’s history. This is when dinosaurs truly dominated, because they were the biggest group of land animals. Familiar beasts such as the triceratops, velociraptor, and, yes, the Tyrannosaurus rex were among the many dinosaurs alive at this time. But they weren’t among the biggest dinosaurs of the Cretaceous Period. Keep reading to find out which ones were and to get a few dinosaur fast facts!

Based on the fossils found by scientists, the thigh bone of Patagotitan mayorum alone was 8 feet long. Scientists also estimate that the creature weighed somewhere around 77 tons and was 122 feet long.

The Patagotitan mayorum, which is in the Titanosaurus family, had a long tail and neck. The Titanosaurus is a subgroup of sauropods, which are the largest beasts of the Cretaceous period. Interestingly, researchers have found Titanosaurus fossils on every continent except Antarctica.

Before it had its formal name, scientists referred to the Patagotitan mayorum as the Titanosaurus. Scientists chose this name carefully, as the “titan-” prefix comes from the mythical Titans.

Archeologists uncovered the bones of the Dreadnoughtus in 2005 in Patagonia, Argentina. Just as titanosaurs were sauropods—which were herbivores—so was the Dreadnoughtus. Some scientists suspect that this beast used its long tail as a line of defense.

Among the many dinosaurs and creatures to walk the Earth, the Dreadnoughtus may have been the biggest dinosaur of the Cretaceous Period, at least in weight. According to paleontologists, this beast likely weighted around 65 tons! However, they’ve only uncovered two sets of fossils, and since neither is complete, it could have weighed even more.

The Argentinosaurus was among the most enormous creatures to ever walk our planet! Paleontologists first found fossils of this dinosaur in Argentina in the late 1980s. They have yet to uncover a complete skeleton, so knowing the exact size is a bit of a challenge. However, experts hypothesize that it was around 130 feet long.

Many scientists estimate that these dinosaurs lived during the end of the Cretaceous Period in Argentina and, because they were herbivores, that they likely feasted on plants. Another interesting fact about this titanosaur is that its bones were hollow, which could be because of its size—its body adapted for survival.

Shop at Creative Beast Studio to fuel your love for these prehistoric beasts with realistic dinosaur action figures plus other incredible dinosaur accessories. Show off what you know about these titanic dinosaurs.