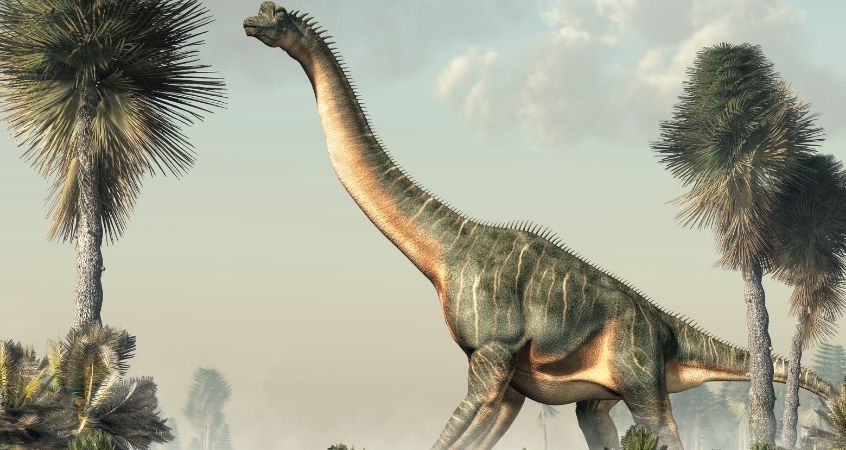 The Jurassic period: a time when beasts didn’t just roam the Earth but ruled it! This occurred after the Triassic period during the Mesozoic era, around 199 to 145 million years ago. Earth was different then. Jump in and explore the fascinating history of the Jurassic period!

What Was the Climate?

During the Jurassic period, the Earth was hot and humid. This is the lush landscape many of us think of when we talk about dinosaurs and the Mesozoic era. And this lush vegetation made great food for herbivores like the brachiosaurus!

Interestingly, while there is a major temperature difference between the equator and the poles today, this wasn’t the case when dinosaurs ruled. Oceans also transformed as coral reefs began to flourish.

Some of the Dinosaurs

During the Jurassic period, some of the largest dinosaurs finally made their way onto land. This includes:

These are some of the many dinosaurs living on Earth throughout the Jurassic period; there were countless others. In addition, carnivorous dinosaurs like the Sinraptor and Podokesaurus also lived during the Jurassic period. Check out some dino-centric resin mold kits and interesting beasts at Creative Beast Studio!

The Jurassic period was a fascinating time. While things were vastly different, the Earth continued evolving into the landscape we know today. There are all sorts of interesting facts about these periods, like:

And these weren’t the only incredible things happening! Near the end of the Jurassic period, the Archaeopteryx—an early type of bird—evolved. Likewise, early mammals shared the Earth with dinosaurs.

Earth was an interesting place all those millions of years ago, and the fascinating history of the Jurassic period proves this! The landscape was vastly different, and the world would only continue to change. Shop at Creative Beast Studio for factually accurate dinosaur figurines. There are countless riveting facts about dinosaurs, so nourish your knowledge!