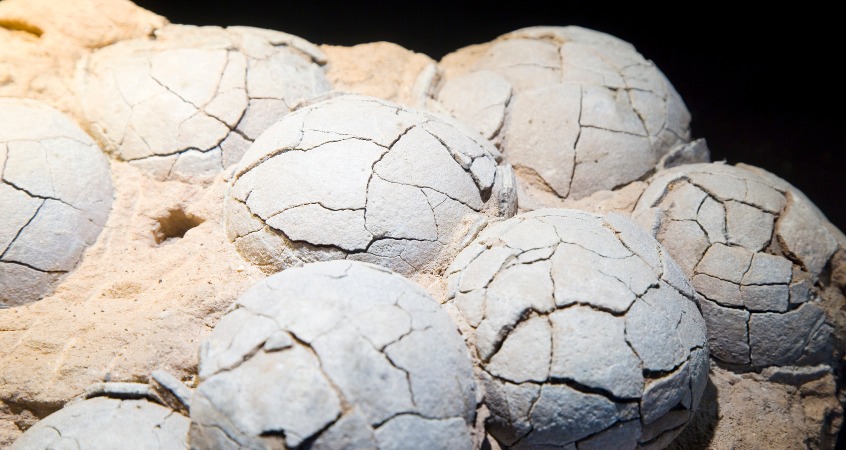 Did you know that the first fossilized dinosaur eggs were discovered in the 1980s and were initially extremely rare? As the years went by, paleontologists across the world found numerous eggs that have been able to add to the growing story of the life and death of these majestic beasts. The most interesting aspect is that the timeline of hatching dinosaur eggs is quite different from our current understanding of animals that lay eggs.

When we think about animals that lay eggs, we will likely imagine birds and their relatively short incubation process. Most bird eggs can hatch in as little as 10 days or require upward of a month to break through. However, even the longest incubation time for a bird is nothing compared to that of dinosaurs.

Paleontologists speculate that dinosaurs remained in their eggs, incubating for anywhere from three to six months. Dinosaur eggs have nearly twice the hatching timeline of the incubation period of modern-day birds.

Eggs are incredibly vulnerable to predators in any era, but since dinosaurs’ incubation period was quite long, their vulnerability was considerably grander. Adult dinosaurs had to protect their eggs during that incubation period and in the months afterward when their babies were hatchlings and still quite vulnerable.

Paleontologists believe that increased vulnerability contributed to the disappearance of dinosaurs post-mass-extinction as faster-growing animals were able to prosper more. Do you want to learn more about these beasts of the Mesozoic and get an up-close look? At Creative Beast Studio, we have realistic paintable dinosaur models you will love to bring back to life.

Many of us are familiar with the discoveries linking dinosaurs to birds. However, their incubation relates more closely to that of reptiles. While this doesn’t defunct the connection of dinosaurs to birds, it does help scientists understand their evolution better. The faster incubation periods we see in our modern-day birds likely evolved later as a survival mechanism.